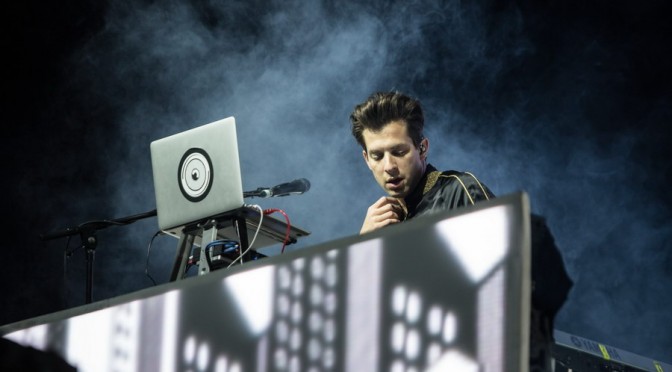 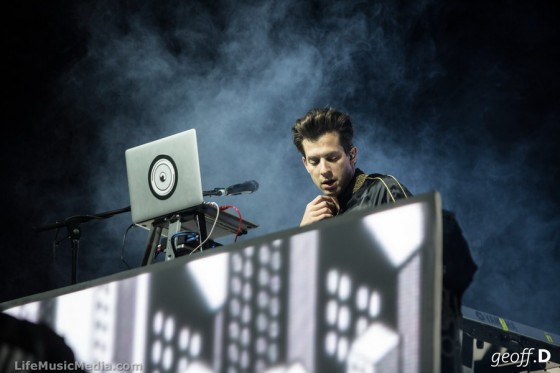 Having built a career on collaborating with the best up and coming artists it was only fitting that Ronson bring along some big supports and cameos to help him deliver his Splendour sideshows to an enthusiastic Australian audience.
END_OF_DOCUMENT_TOKEN_TO_BE_REPLACED

With Mark and the band already confirmed to top the bill at this year’s massive Future Music Festival 2011, these one-off headline shows will give fans an opportunity to catch them doing their thing up close and personal. In further exciting news, New Zealand’s freshest sensation Zowie will be supporting Mark Ronson & the Business international on both shows.
END_OF_DOCUMENT_TOKEN_TO_BE_REPLACED

style beehive and a deep, dulcet voice. The three Bangin’ Rackettes crooned backing vocals at the side of the stage and the band provided old style soul music to flesh out the sound, with punctuating saxophone. Champagne featured bright keys, rounded saxophone beautifully melodious verses and a less polished but more upbeat chorus. The band’s unique cover of Bang Bang from Kill Bill was a standout song, with the tempo slowed right down, giving it a more mournful sound than one would think possible. One memorable moment was the duet between Browne and her sister Natalie (one of the Bangin’ Rackettes) about not letting a man treat you badly, the classy soul punctuated by more modern one fingered gestures. T he group’s sultry sensual cover of a Tina Turner number, complete with red lit silhouettes further emphasised the band’s great range. Browne was at her powerfully smooth voiced best with Stephanie, a bitter song about the dangerous woman trying to steal your man. Clairy Browne and The Bangin’ Rackettes make music that is purely intoxicating, combining dirty doo-wop with sultry soul, slow hips and unison fingersnapping.
Click the image to view the photo gallery