With Mark and the band already confirmed to top the bill at this year’s massive Future Music Festival 2011, these one-off headline shows will give fans an opportunity to catch them doing their thing up close and personal. In further exciting news, New Zealand’s freshest sensation Zowie will be supporting Mark Ronson & the Business international on both shows.

As an established and revered musician, DJ and infamous record producer, Mark Ronson, is a consummate musical professional whose talents simply know no bounds. Making his name as an A-list New York party DJ in the early 1990s, he quickly moved on to music production and, well, the rest is history … including no less than three Grammy Awards!

As one of the planet’s hottest producers, his seemingly magical studio touch has helped shape best-selling albums for superstar artists the ilk of Lilly Allen, Christina Aguilera, Robbie Williams, Amy Winehouse, Kaiser Chiefs, Duran Duran, Nas and, most recently, The Like.

Meanwhile, as a musician, he’s released no less than three artist albums since 2003 (Here Comes The Fuzz, Version and, most recently, Record Collection), has topped the world’s charts with tunes like Ooh Wee, Stop Me and Valerie, and is regularly called upon to play the planet’s biggest venues, festivals, stadiums and everything in between.

Released in 2010, Mark’s latest, and arguably greatest, album Record Collection has already taken the globe’s MP3 players by storm. A twelve track jaunt through the silkiest, funkiest and dopest hip pop on the planet, it peaked at #8 on the coveted iTunes download chart and features cameo spots and support roles from some of the biggest names in the business – including Spank Rock, The Drums’ Jonathan Pierce, The View’s Kyle Falconer, Q Tip, Ghostface Killah, Boy George and Duran Duran’s Simon Le Bon, to name just a few.

Down here in Australia, mind you, it’s the same story – Record Collection is on fire. The debut single Bang, Bang, Bang hit the ARIA Top 20 with little effort, and the follow up The Bike Song is currently funking up the airwaves thanks to frequent hammerings by the gargantuan likes of Triple J and radios across the nation.

Having already wowed the world for the best part of a decade, Mark’s new audio evolution sees him gigging under the alias of ‘Mark Ronson and The Business Intl’, an apt name which clearly sums things up: because there ain’t no doubt that Mark Ronson is, well, ‘the business’!

With his smoking new band on tour for the very first time and an all-new bag of musical tricks and treats to unveil from his hot new album, Mark’s visit to our shores couldn’t be better timed.

And if that wasn’t enough, New Zealand’s newest electro-pop sensation Zowie is set to support both dates, bringing her contagious songs like Broken Machine and Bite Back to Melbourne and Sydney fans. The bubbly 23 year old also referred to as “a tiny dynamo of electrifying, positive energy” already has huge recognition in her home country. In Australia, her latest single Bite Back is currently the third most played song on triple j. Zowie is also making her way to the US where gossip celebrity Perez Hilton is a massive fan: “So fierce deluxe!!! She is easily proving herself to be one of our favorite Kiwis – and we have a few! If you like The Tings Tings or Dragonette – with a touch of Uffie, then you will really like Zowie!”

So, get ready to dance, funk, groove and vibe-on like there’s no tomorrow.

Tickets for both shows go on sale on Monday January 24th at 9am and fans are advised to get in early to avoid disappointment.

Melbourne, Wednesday March 9, The Palace.
Tickets on sale Monday January 24th at 9am through www.ticketmaster.com.au or 136 100.

Sydney, Friday March 11th, The Enmore Theatre.
Tickets on sale Monday January 24th at 9am through www.ticketek.com.au or 13 28 49.

Check Out Mark Ronson’s latest video Somebody to Love Me with Boy George!
http://www.youtube.com/user/MarkRonson?feature=chclk 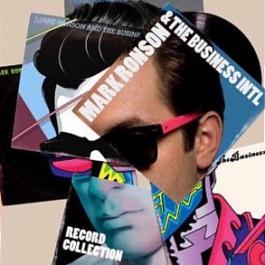