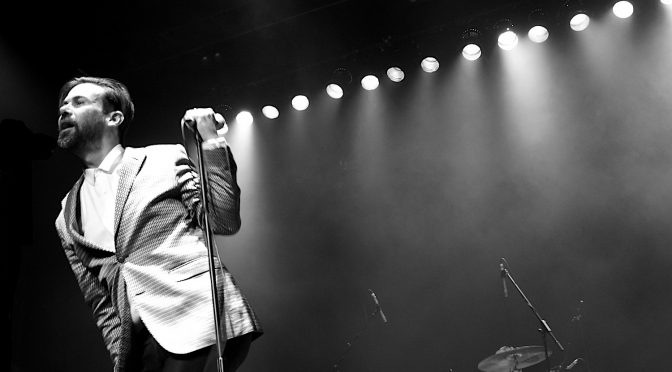 One year later, their legacy track “Friday On My Mind” enters the charts and the fever that Australian audiences were captivated by, goes global. The world is their oyster.
END_OF_DOCUMENT_TOKEN_TO_BE_REPLACED

5 great Aussie bands, a perfect opener to this year’s Day on the Green. Something is in the air every November; a day all Hunter Valley music fans look forward to every year, the season opener of A day on the Green!
END_OF_DOCUMENT_TOKEN_TO_BE_REPLACED 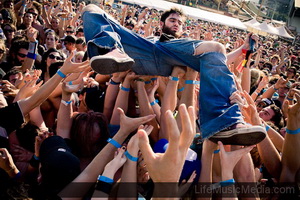 END_OF_DOCUMENT_TOKEN_TO_BE_REPLACED

The competition was fierce at the Tooheys Extra Dry uncharTED Grand Final for competition 1, 2009. Three of Australia’s top emerging bands battled it out for the major prize – a spot on the bill at Splendour In The Grass 2009, plus an artist development package worth $25,000. Nova’s Rosso hosted the event, as the Oxford Art Factory reached full capacity and the crowd were treated to a special performance from Kram.
After astounding live-sets from each finalist, The Deer Republic from Sydney came out on top and was crowned the uncharTED winner, just beating Hot Little Hands and Foxx On Fire in the industry and public votes. Having only been together a couple of years, The Deer Republic captivated the audience with their melodic indie-rock and catchy hooks. It seems there’s no stopping this Sydney outfit, as they get ready to play one of Australia’s best festivals, Splendour In The Grass.

Nick Andrijic of The Deer Republic describes their win “Phenomenal; ecstasy; fantastic! I’m not just saying this because we’re gracious winners; the other two bands that played tonight are fantastic… It means the world to us to play at Splendour… the fact that we’re going to be sharing the stage with some of them [our favourite bands], it’s indescribable at the moment, I don’t think it’s going to hit me for a couple of days… we’re looking forward to it.”

uncharTED competition 1 attracted more than 2,300 entrants this year, and an esteemed panel of industry experts and an A&R team selected the Top 50 artists in Round 1. Round 2 saw the unveiling of the Top 10 semi-finalists, made up of four media picks and the 6 publicly voted bands. Round 3 announced Foxx On Fire, Hot Little Hands and The Deer Republic as the Top 3 finalists – and after 10 weeks of vigorous voting, the competition ended with a bang at last night’s Grand Final, with The Deer Republic leaving with the major prize!

Tooheys Extra Dry uncharTED competition 2, 2009 is now open. If you’re a solo artist or in a band looking to make it big, head to www.uncharted.com.au to register. You could be on your way to becoming Australia’s next big thing! 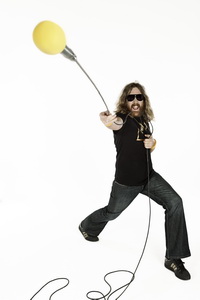 Tell us how Kram came about?

KRAM: Mark spelt backwards invented by an old mate while we watching a Leyland Brothers movie in the local hall.

What have been the highlights and advantages since becoming a solo artist?

KRAM: It’s very liberating to make a record where you play all the instruments yourself, like a massive bedroom 4-track session. I enjoyed doing that with Andy, recording everything! I will definitely make more records like that in the future. If you have the idea in your head, you can just go in and play it without having to think about the live thing at all.

… and how does this compare to Spiderbait?
END_OF_DOCUMENT_TOKEN_TO_BE_REPLACED

How can I be in the running to get a double-pass for free?
END_OF_DOCUMENT_TOKEN_TO_BE_REPLACED

**** Click here for details of our double pass ticket giveaway! ****

Sunday of the Labour Day long weekend, this year’s Festival – to be held on 3 May – promises to be bigger and better with more delicious seafood, wine and a first-class line up of entertainment.

The event commences at 11.30 and features the finest Blues, Roots, Hip Hop Jazz and feature recording Artists across THREE stages By Day.

The first artist announcement included a compilation of acts who recently starred in this years triple j Hottest 100 music poll with the event headliners BLISS N ESO, grabbing 3 tracks in the countdown, followed by END_OF_DOCUMENT_TOKEN_TO_BE_REPLACED