The third major round of artists to perform at the 21st Anniversary Bluesfest has today been announced. The great music just keeps on coming in what is fast being considered by the media as the best ever Bluesfest bill – a fitting scenario for a 21st birthday celebration. And there’s still approximately 40 artists yet to be announced!
END_OF_DOCUMENT_TOKEN_TO_BE_REPLACED 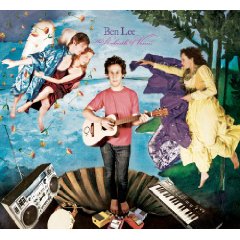 School’s out for summer, the craziness of Schoolies Week is over, and Christmas holidays are finally kicking in. Once the whirl of the New Year rolls around, it will be time to gear up for study again…but where to start? To edge all those students into university life, Secret Sounds is launching The Big O, an annual orientation week event to get your uni campus rocking.

The Big O will see The Music, The Fratellis, Ben Lee, Bluejuice, Yves Klein Blue and triple j Unearthed J Award nominees Cassette Kids hit the East Coast to welcome the school year. Coming to a campus near you, The Big O is a series of O Week events to be held in Melbourne, Sydney, Brisbane, Canberra, Wollongong and Newcastle. Tickets are available for both students and the general public. Please note these will be the only shows for headlining acts in each state! While The Big O is the official music celebration of O Week on campus, traditional initiation events will still be in full swing. Check your university website for full details..

In their last visit to Australia The Music danced up a storm, leaving the Splendour in the Grass tent bent at the seams and the crowd ballistic for more. Their headline shows sold out in minutes. Now, The Music look forward to returning to Australian shores in 2009. “It’s one of those places you look at when you are younger and can only dream about going to, so whenever I’m there I always feel privileged,” says frontman Rob Harvey. Their album ‘Strength In Numbers’ is out now. .

Glasgow guitar-slingers, The Fratellis are no strangers to the road. Having toured the UK and USA six times, the Brit Award-winning trio were one of the highlights of Splendour in the Grass 2008. Their second album ‘Here We Stand’ saw them go from indie stars to pop icons. Their sold out headline shows had venues shaking, bodies jumping, and punters shouting for more. .

Giving any crowd the warm and fuzzies is as easy as a smile and a tune for Ben Lee. The ex-pat Aussie returns home with a full band for the first tour of brand new material from his forthcoming album, “The Rebirth of Venus” due out on February 7th 2009. The ARIA Award-winning artist’s new single ‘I Love Pop Music’ has already elected Ben Lee the President of Pop. .

Who better to get a party started than Bluejuice? With a mandate to get people dancing with carefree abandon, the five piece pulls together a sweaty mix of rock, hip hop, electro and disco. Give them a little bit of vitriol on the dance floor at The Big O. .

Fresh out of the LA studio, Yves Klein Blue will be returning to their loyal Australian fan base. The Brisbane four-piece have been recording their debut album in Hollywood with Kevin Augunas (Cold War Kids, The Vandals). Yves Klein Blue caused a stir in 2008 with the release of their debut EP “Draw Attention to Themselves” which saw them embark on a national and international tour, with sold out shows from home-town Brisbane to London and New York. Their debut full-length album is due out in April 2009. .

Sydney’s Cassette Kids are the final addition to The Big O bill. On the cusp of something big, Cassette Kids have already earned a fierce reputation thanks to captivating vocalist Katrina Noorbergen. They have toured with The Presets and shared the stage with Ting Tings, New Young Pony Club, Van She and many more. .

Get some higher learning as The Big O schools students across the nation in the art of a good party throughout Orientation Week 2009!. 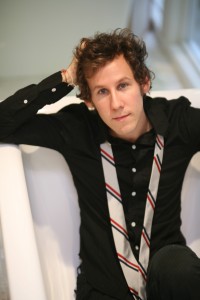