the Cannot Buy My Soul gig remains one of my highlights of recent years (check the clip out on Youtube if you’ve never seen it).

Regardless of my personal wariness towards his band, I can appreciate that lead singer Gareth Liddiard has proven himself as the quintessential hard-arsed front man – something which has been missing from the Australian rock scene since Tim Rogers and Tex Perkins ticked over into official middle-aged status. His swaggering arrogant sneer proves that everything is right in the world of rock n roll and, as the adage goes: every woman in the room wants to bed him and every bloke was to be him. It’s a proven equation for success: a cracking band, a book full of decent tunes and an enigmatic front-man. But take that front man, plonk him on a stage with a bare acoustic guitar, and does it still offer the same magic? Others have proven it true – Something For Kate’s Paul Demspey and Augie March’s Glenn Richards are the two most recent examples – but does Liddiard’s first solo offering Strange Tourist offer anything different either for himself or for the genre?

The first aspect which hits me over the head is the length of the album: it’s just over an hour long, but it’s only populated by just eight tracks. With only two tracks under the five minute mark (and only just under), it seems to thumb its nose at current music industry wisdom dominated by the iPod generation. The songs are long, stark and lonely, with verbose stanzas offering few peaks and valleys. As such, it demands a lot of its listeners to tune their ears and follow the folk tales on offer. This demand is rewarded, at least, by the bookending tracks “Blondin Makes An Omelette” and “The Radicalisation of D”, both of which highlight the curiosities and absurdities of our times.

“Blondin Makes An Omelette” kicks the opus off and tells the tale of French tight-rope walker Charles Blondin cooking and eating an omelette whilst balancing over Niagra Falls. It’s a dramatic tale, but when told through Liddiard’s languid, almost lassez faire style, it comes across as somewhat wearisome and dull. And that’s the crux of this entire album – romantic stories told in a languorous style as if to demystify (de-romanticise, if you will) the experiences conveyed. They are vignettes of a life and times, conveyed still poetically but minus the bullshit rose-coloured glasses (which, ironically, is a romanticism all its own). As with the lyrics from his full band effort, Liddiard doesn’t answer any questions, but merely paints interesting pictures for the listener to flesh out and interpret.

It’s hard work, and it demands a listener’s full attention. This attention is rewarded, though, with the last track, “The Radicalisation of D” which is a 16 minute force to behold. It’s essentially a coming of age tale where the protagonist (referred to by the devilishly vague moniker “D” explained to be David Hicks) finds himself recalling an array of moments through growing up which, in their own light, hint at an innocent scaly-wag trying hard to find his path in a confusing world. Told in Liddiard’s way, however, it highlights the lewd, disgusting and profane – covering topics such as alcoholism, bestiality and neo-Nazism – and leads the listener to a cracking album finale about the state of Western society.

Like all other songs on the album, no questions are asked nor answered, but the openness of the lyrics invites the listener in and requests their involvement. As a lover of pop hooks and being almost spoon-fed a meaning by a well-crafted chorus, defined middle eight and a solid, moving rhythm section, it’s a peculiar situation to find myself in. It’s a confronting and scary situation, but done right – as it is here – it rewards the listener with a full literary experience. 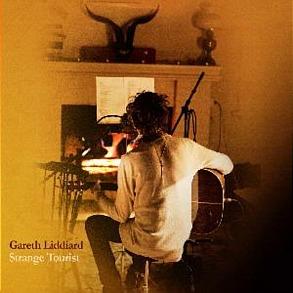