the Cannot Buy My Soul gig remains one of my highlights of recent years (check the clip out on Youtube if you’ve never seen it).
END_OF_DOCUMENT_TOKEN_TO_BE_REPLACED

END_OF_DOCUMENT_TOKEN_TO_BE_REPLACED

Burlesque dancers, sword-swallowing freaks, fire-breathing entertainers and a human vending machine – there was all this and a bunch of coffins, jack-o-lanterns, cobwebs, skulls, fake axes and faux blood from similarly false severed limbs at the Halloween Monster Mash on Halloween Eve at the Metro Theatre. The event was a surreal presentation that was not strictly a concert, kind of like a mini-festival but with better costumes and greater audience participation.
END_OF_DOCUMENT_TOKEN_TO_BE_REPLACED

END_OF_DOCUMENT_TOKEN_TO_BE_REPLACED 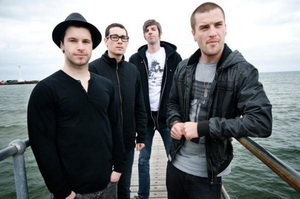