Parklife 2012 premieres the long awaited return of Australian electronic royalty The Presets. Armed with a new anthem “Youth In Trouble”, a new album (released September 2012) and a brand new live show, The Presets’ return will be massive, bold and electrifying on the Parklife stage. Over in Perth, Psychedelic rockers, Tame Impala have a brand new album in the works to follow their massive debut LP ‘Innerspeaker’, while Sydney ‘s Hermitude will showcase their hip-hop stylings to Parklife audiences.

Expect big things from electro-pop outfit Passion Pit when they return to our shores with their infectious sound and the release of their highly anticipated sophomore album ‘Gossamer’ (20th July 2012). Their fellow American indie darlings Chairlift, and hip-hop favourites Chiddy Bang join the line-up.
END_OF_DOCUMENT_TOKEN_TO_BE_REPLACED

We want Parklife to be a brilliant, glowing day you and your best friends look back on fondly for the rest of your lives!

The 2011 bill includes a bunch of talented solo female artists with the likes of Lykke Li, Santigold, Katy B, Beth Ditto and Kimbra all set to feature as part of the national run of dates.
END_OF_DOCUMENT_TOKEN_TO_BE_REPLACED The decadent rock outfit’s strong touring relationship with Australia can be traced back to their visit in 2000, on the back of their landmark album Thirteen Tales From Urban Bohemia. When they walked onstage for their Livid Festival set, they were met with such a screaming wall of white noise from the audience that they changed their set list on the spot, opening with the high-paced feedback dirge “Fast Driving Raveup With the Dandy Warhols”.
END_OF_DOCUMENT_TOKEN_TO_BE_REPLACED

Parklife organisers have announced that the Gold Coast festival on Saturday 25th September will be moved back to the Brisbane Botanic Gardens.

END_OF_DOCUMENT_TOKEN_TO_BE_REPLACED 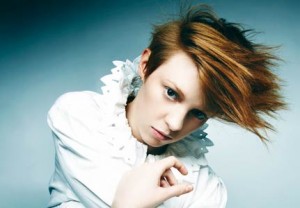 LMM: The BACARDI EXPRESS train features a jamming carriage, dining carriage, chill out lounge, gaming room and sleeper carriages – where onboard do you reckon you’ll spend most of your time?
END_OF_DOCUMENT_TOKEN_TO_BE_REPLACED