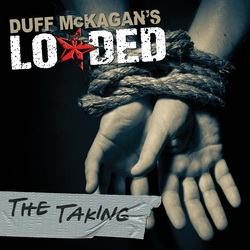 Musical legacies are fickle beasts. For the privileged few, early bravado can lead to a lifetime of open doors and opportunities; for most, thorough, their own massive shoes are rarely filled again, leaving a life of painfully striving either to attain the same heights, or failing to convince the world that there’s more to give. For those at the pinnacle, the ones whose exploits drew a definite line with which others would measure themselves, this is arguably even more acute: audiences are liable to bay for more brilliance, and are vocally deflated when their lofty expectations are not met (take, for example, the expectation of larger-than-myth Bob Dylan, whose audience is rudimentary brought down to earth every time his never-ending tour juggernaut rolls through town).
END_OF_DOCUMENT_TOKEN_TO_BE_REPLACED

END_OF_DOCUMENT_TOKEN_TO_BE_REPLACED 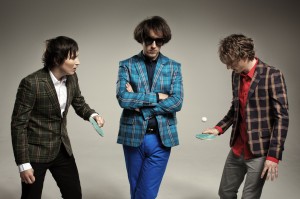 Known for catchy tunes, clever lyrics, playfully sung narratives and an outstanding energy, The Wombats played to a sold out Tivoli in Brisbane on Thursday night, giving their all to make it a night to remember for the fans attending.

So popular were tickets to the trio’s show that Thursday night’s gig was their second Brisbane performance, organised for those who had missed out on tickets for the original Tuesday night show. Being all ages, the evening started early, with doors opening at six-thirty and the band taking the stage just after eight. Populated mainly by teens delighted to be able to see the marsupial-inspired band in the flesh, the crowd got busy chanting for The Wombats early on.
END_OF_DOCUMENT_TOKEN_TO_BE_REPLACED

Simply click the ‘Download Now’ button to the left and enter your email address. You’ll instantly receive the latest track and be added to the list to receive them all.

END_OF_DOCUMENT_TOKEN_TO_BE_REPLACED

One example is the track ‘Open Quotes,’ consisting of a mellow introduction with acoustic guitar and soft piano notes. This is but a brief reprieve from the hardcore onslaught of the rest of the song, with strong drumming and an ever-changing tempo that comes to a sudden halt at the end. The track is about someone sorting through their emotions, and trying to survive and find their place in a dark world, once again very similar to what we have all heard before.
END_OF_DOCUMENT_TOKEN_TO_BE_REPLACED

Through the thrill and longing of forthcoming single, Not On Me, to the delectable staccato/quintuplets of the title track, Fairytale, The Incredible Kicks weave a elaborate web, with luminous layered harmonies, while the bass and beats engage in a dark dance of kicking rock.
END_OF_DOCUMENT_TOKEN_TO_BE_REPLACED

END_OF_DOCUMENT_TOKEN_TO_BE_REPLACED

As the night gets off to an early start, front man Everlast armed with a guitar and a three piece backing band consisting of keyboards, drums and bass take the stage and open proceedings with an instrumental type jam reminiscent of something that could pass off as being written by Ray Manzarek and Robbie Krieger of The Doors.

Without further ado, it’s now time for the real deal. As the first notes of “Danny Boy, Danny Boy” ring out, a greeting of “make some noise motherfuckers” is heard and fellow House of Painer, Danny Boy himself joins the rest of his crew to take the Brisbane crowd on a journey back in time for some old school classic Hip Hop.
END_OF_DOCUMENT_TOKEN_TO_BE_REPLACED

On May 13, Trial Kennedy releases its long awaited second album, Living Undesigned. To celebrate, the band is taking their show on the road for a string of album tour dates around the country in May.

On paper, you’d have to wonder how Trial Kennedy is even still a band.

Two years ago, the Melbourne rock outfit were perched at the edge of something big. After two killer EPs (2004’s Present for a Day and 2005’s Picture Frame), their Nick DiDia-produced debut album, New Manic Art, was garnering the sort of critical acclaim every band aspires to. Songs such as ‘Neighbours’ and ‘Colour Day Tours’ became instant Triple J anthems. The band toured hard, earning a burgeoning Australian fan base to go with their stellar live rep, and coveted support spots with the likes of Fall Out Boy and Birds Of Tokyo. Their star was rising.

And then… well, then a whole lot of bad mojo went down. The band’s original bass player left, there was illness, the daily struggle of balancing day jobs and personal relationships with artistic careers, and the band parted ways with their management and label.
END_OF_DOCUMENT_TOKEN_TO_BE_REPLACED