Review and photos by: David Jackson 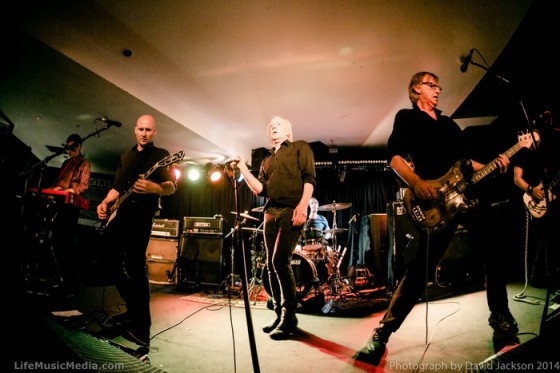 Last Saturday night in Newcastle one could be confused and think they had ventured into a time machine. Travelling back to the year of 1974 when founding Radio Birdman members Rob Younger, Deniz Tek, and Pip Hoyle with Jim Dickson were taking the stage for the first time in a sweaty pub in Sydney, armed with an array of attitude and a brand of unique music about three years ahead of its time. This type of music surely had no place in the Australian pub scene? The hell it doesn’t. This is every bit a part of music history as any other Aussie pub icon band in the last 40 years.

Starting at the end and working back to the beginning I was angry, to think I had let a band of this quality slip through my eyes and ears for this long truly is a crime. Younger may be well in his 60’s but I can tell you that for 20 songs on Saturday night, both he and his mates took a sweaty packed Cambridge pub in Newcastle on a music roller coaster. Throughout the set there was no talking, no thank you, not even a mutual appreciation from a group of muso’s who really did change the Australian music scene.

From the time Younger took the stage late Saturday evening there was an atmosphere of history in the building. This six piece band connected with a wonderful journey. Claimed by many fans and critics as the first true industry independents back in the 70’s “Birdman” as they were called by an old mate next to me. They were never going to be true Countdown, Sounds Unlimited or top 40. Some critics over the years have even compared Radio Birdman to the Sex Pistols which is comical given Younger can truly sing and more importantly the band of musicians can play.

During the gig you could sense some magic and there is a relationship between the six members. To be honest they have lasted eight times longer than most marriages (with the exception of a few break up’s in between) so something must be right. As quick as they appeared, 16 songs later they were gone, only to reappear for what was a true music encore 4 songs and “thank you goodnight” as Younger lead the group from the stage.

For an audience of 40 to 50 plus it was hot, sweaty and exhausting much like the first time the band came around in late 1974.