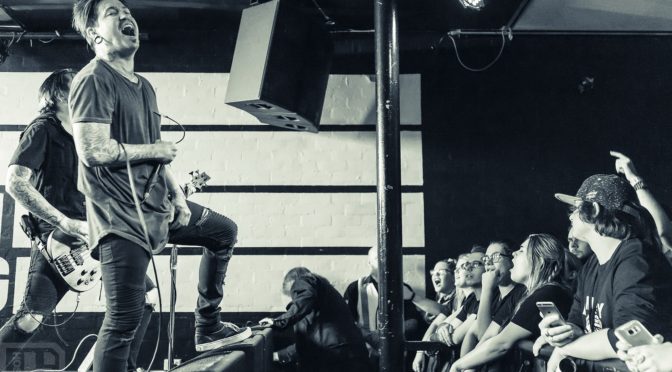 It was a cold, wet night in Newcastle when Las Vegas band Escape the Fate rolled into town. But behind the storied walls of Newcastle's iconic Cambridge Hotel you'd have been forgiven for thinking it was a balmy summer evening – such were the conditions created by the teeming mass of bodies in attendance to watch the American rock band smash through its lauded 2008 album 'This War is Ours' in its entirety.

First on stage though was Brisbane four-piece outfit Between Kings. The group offered the already-half-full room a short set of polished, accessible tracks including some lazily paced ballads and plenty of big choruses. Perhaps the biggest qualm would be a lack of stage volume for punters right up against the barrier on account of the guitars and bass all going direct to the desk via amp modellers. Sadly this was true for all three acts on stage tonight.

Also from Brisbane, five-piece Awaken I Am took to the stage in front of plenty of fans, if the healthy applause and sing-alongs were anything to go by. It's probably for good reason, given the band's mix of emotive verses and hooky choruses with some spit and polish thrown in thanks to some subtle backing tracks. Things started in a somewhat sedate manner, but once all the guys were warmed up, there was plenty of movement on stage and the crowd returned in kind, including some impressive screams and growls from one particular audience member.

Escape the Fate kicked off nice and early. However, considering the band were about to launch into a set that featured its entire 'This War is Ours' album, plus a set of 'greatest hits', that was probably a good idea. By now the room was completely full and totally ready to get its rock on. Amusingly, the band elected to start three minutes late to give Queen's Bohemian Rhapsody time to finish, as the crowd was deep in recital mode!

Known for its catchy mix of riffs, massive choruses and sing-along lines, it seemed Escape the Fate could do no wrong tonight, with both band and audience on fire. While the group has had a seemingly ever-shifting line-up of musicians over the last 12 years or so, no one at the Cambo seemed to care and the band pulled plenty of Rock Star 101 poses for the hungry crowd. At times, it was hard to hear them over the near-continual sing-alongs.

A show definitely worth leaving the warmth of your lounge room for on a bitter Saturday night.

Photo Gallery : Escape the Fate + Awaken I Am + Between Kings at the Cambridge Hotel, Newcastle – 2 June 2018 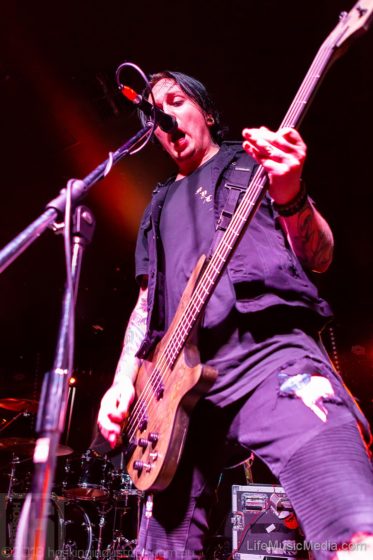