As their 25th anniversary approaches art-rock band The Church, having recently returned from international touring, are continuing to push the boundaries of what a rock band should be. 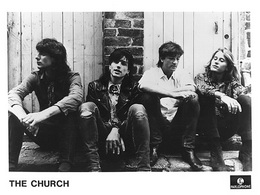 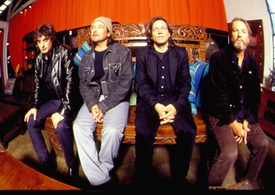 Rather than becoming a tame bloated parody of what they used to be, or plodding out insipid greatest hits, the band have spent the last five years making music as they desire, without regard for current trend, trusting in the traditional virtues of talent, chemistry and good taste to guide them, an approach that has served them well for over twenty years.


beside yourself, their latest offering out on Cooking Vinyl through Shock, is a collection of pieces recorded in and around forget yourself. forget yourself, released in July 2003 and unveiled during The Church‘s 3 sold out extraordinary performances at the Sydney Opera House. From forget yourself’s opener ‘sealine’ it was apparent that magic was again brewing in the confines of the spacejunk studio, with Peter and Marty whipping up an intoxicating concoction of musical shade and light, Steve vocalising his mantra as never before and Tim’s drum beats maintaining the equilibrium. The band had returned to rock!


beside yourself has exceeded its creators expectations and has turned out to be one serious bona fide church album. Featuring three brand new songs ( the languid ‘jazz’, the ebullient ‘tel aviv’, and the pulsating ‘illusion mysteries’) plus the US itunes exclusives (the pastoral ‘crash/ride’ and the strange ‘nervous breakthrough’). beside yourself also contains the hard to find ‘hitspacebar’, the scintillating and dark ‘cantilever’ as well as the instrumentals ‘moodertronic’ (euro and calm) and ‘serpenteasy’ (a voyage to the bottom of Tim Powles’ musical psyche). This is a magnificent addition to The Church‘s canon.


If like a typical music lover when The Church is mentioned your mind races inevitably to the spectre of their international hit, ‘Under the Milky Way’, you might not know, that this Australian art-rock band, have released more than a dozen lush, elegant albums, and that their refined and intricate music – distinguished by bassist Steve Kilbey’s mordant tenor, guitarists Marty Willson-Piper’s and Peter Koppes’ understated playing, and the melodic pulse of drummer/producer Tim Powles – continues to inspire world-wide devotion. An output level that has sustained annual national and international touring.


The Church began life with the release of Of Skins and Hearts (featuring the hit ‘Unguarded Moment’) in 1981. Later, on The Blurred Crusade and Seance, Kilbey’s song writing came into its own, whilst the band discovered the pleasures of texture. Beginning with the Remote Luxury EP in 1985 they released a series of nearly flawless records, including Heyday, Starfish and Priest=Aura (their inscrutable but fascinating magnum opus). 1994’s Sometime Anywhere found Kilbey and Willson-Piper working as a duo. Koppes gracefully returned for Magician Among The Spirit and Hologram of Baal, which continued to flirt with the rhythms and sound-scapes introduced on Sometime, with multi-talented new drummer Tim Powles’ production lending greater cohesion to the mix. A Box of Birds, from 1999, was a surprisingly satisfying covers collection that gleefully disclosed the band’s roots in ’60’s and ’70’s post-punk.


After Everything Now This, the bands first 2002 release, was a solid set that summed up The Church‘s history and positioned them well for future accomplishments, with excellent reviews globally (“a masterpiece of stealth”- Rolling Stone, USA). Enhanced and expanded by a promotional tour of Forget Yourself throughout UK, Europe,USA and Australia in 2004 including the SXSW Music Festival showcase, The Church truly reaffirmed themselves as one of the world’s leading melodic art-rock bands, regarded by critics as “a powerful, progressive force in rock music”, playing “the most ethereal sounds this side of paradise”. Forget yourself recorded at Powles’ Spacejunk studio is a classic example of The band’s experience, perseverance and finely honed blend of mood and melody, this mix emerges with clarity and grace on this 17th album and has been well received worldwide.


The Church have remained one of the world’s most innovative and enigmatic groups justifying praises from the press including “Best guitar band on earth”, “Sonic perfection”, “Sounds that caress the senses”.