JACKSON JACKSON is one of those bands. They have become a solid live touring favourite throughout Australia since they launched a couple of years back. They are that band that supposedly no one knows about, who just happen to pack out every venue they play, many nights over. And the fans like it that way.
END_OF_DOCUMENT_TOKEN_TO_BE_REPLACED

Do you want a double pass to The Philly Jays Melbourne or Brisbane show? See below for details.

The single is joined by three exclusive never-heard-before tracks.

B-side number one is a disco remix of Philadelphia Grand Jury album track ‘Wet Winter Holiday’ by Mike FWD. The next is a solo track by band lead singer and producer Berkfinger called ‘Jimmy At The Whorehouse’ which is the first cut off a self-produced solo concept album due out later in the year on the band’s own label Normal People Making Hits.
END_OF_DOCUMENT_TOKEN_TO_BE_REPLACED

‘APRIL UPRISING’ was introduced late last year with ‘One Way Road’, the incredibly catchy first single from the album. Taking out the number one spot on the national airplay charts three times this year, ‘One Way Road’ has been the most successful radio single to date for the JBT, the first entry being on the eve of their national sold out tour in January. It was also chosen as the lead track for the summer campaign of Channel 10’s new digital 24 hour sports channel One, and remains on high rotation on the station and it still holds the number one spot on the AIR 100% indie singles chart, which it’s held for 15 weeks now!
END_OF_DOCUMENT_TOKEN_TO_BE_REPLACED

The Frontier Touring Company announces the return of Regina Spektor to Australia and New Zealand in April this year.

When Regina Spektor’s family moved from her birthplace of the Soviet Union to America’s Bronx, her musical interests and talent expanded from the genre of classical music toward the vibrancy of pop and rock. These transitions of location and taste are reflected in the classical artistry within her piano composition and distinctive eclectic fusion of sounds. Adding to her repertoire of skills is her ability to play not only the piano but the guitar and occasional percussion as well, rendering her a truly versatile musician.
END_OF_DOCUMENT_TOKEN_TO_BE_REPLACED

They say video killed the radio star… well we’re not so sure. Come and decide for yourself and be part of a “live studio audience” as Australia’s own award winning vocal quartet, The Idea of North present “Radio Show” Step back in time to an era of simple pleasures when the entire family would gather around the old transistor radio on a Saturday night to listen to their favourite show, excited and intrigued by what was happening at the other end. It’s now your turn to find out what goes on behind the scenes. Join in the fun of a live radio show where you’ll hear The Idea of North perform golden oldies to the top of the pops. They’ll be your very own radio hosts and who knows what else! This show is bound to have just about everything. The only difference is it probably won’t make it out onto the airwaves… it’ll just be for your ears (and eyes) only!
END_OF_DOCUMENT_TOKEN_TO_BE_REPLACED

Yes they are – they’re back – not just back after a four year absence but back….to reclaim the dance floor.

It’s funny that after fifteen years of existence (and well over 10 million records sold) Faithless have never been more relevant; think Calvin Harris’ recent number 1 or the countless tracks with a house groove, riff and rapper, Faithless’ signature sound adopted by many, bettered by none. Name checked by everyone from Hadouken to Tinchy, this band is legendary, but they are also on tip-top form: END_OF_DOCUMENT_TOKEN_TO_BE_REPLACED

Lead singer Amandah says, “The album is the perfect representation for where we are at right now. It has all the experiences and growth from touring, seeing places and discovering the new; encompassed into about 35 minutes of songs.”
The band chose to upload the debut single ‘Logic’ to Myspace two weeks ahead of service: the reaction was incredible, with national radio stations adding the track immediately. Proving to be an instant hit, ‘Logic’ is released digitally on February 16.
END_OF_DOCUMENT_TOKEN_TO_BE_REPLACED

V8 Supercars Australia has proven its credentials as “The Greatest Show on Wheels” by securing international music sensation P!nk as the sport’s ambassador from 2010 through to 2012. The announcement was made at the annual Season Launch tonight, held at Stage 3, Fox Studios, where the crème de la crème of the motor sport, media and entertainment world gathered together to be the first to see the brand new commercial starring the feisty American rocker.
END_OF_DOCUMENT_TOKEN_TO_BE_REPLACED

Lil’ Band o’ Gold features some of the most influential musicians to ever have emerged from America’s most important musical state. The outfit was assembled by vocalist and guitarist CC Adcock, who searched the swamps and flatlands of South Louisiana to form a band of his childhood heroes. This process was captured for the documentary The Promised Land: A Swamp Pop Journey which was a feature at the Tribeca, SxSW and Melbourne International Film Festivals – www.room609.com/films/promisedland/
END_OF_DOCUMENT_TOKEN_TO_BE_REPLACED

END_OF_DOCUMENT_TOKEN_TO_BE_REPLACED 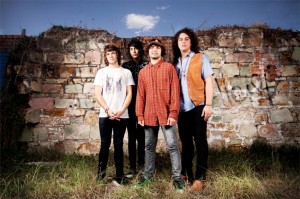 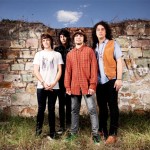 MM9 to tour in support of debut LP – ‘The Air Between’

“Never been to a MM9 gig before? One, what have you been living under? And two, everyone needs to witness this band live at least once in their life. It’s hard not to be immersed into a MM9 song, so put a cluster of MM9 songs together and you’ve got a set full of songs that are guaranteed to get you moving, bouncing and singing until you’re hoarse” – The Metal Forge
END_OF_DOCUMENT_TOKEN_TO_BE_REPLACED

Hailing from the British Virgin Islands, Iyaz swoops on the ARIA Singles Chart number one spot this week with the hit tune “Replay”, emulating his UK success and knocking Owl City‘s “Fireflies” from its five-week run at the top. The single also blasts to the top of the ARIA Digital Track Chart. Susan Boyle’s “I Dreamed A Dream” meanwhile achieves its eleventh consecutive week at the peak of the ARIA Album Chart. It matches the 2001 chart-topping run of the Moulin Rouge soundtrack, with the self-titled debut release from homegrown duo Savage Garden the most recent album to eclipse this tally, accruing twelve weeks straight at number one in 1997.
END_OF_DOCUMENT_TOKEN_TO_BE_REPLACED