The Frontier Touring Company confirmed that pop rockers Thirsty Merc will be supporting The Fray on their upcoming Australian tour kicking off next month.
END_OF_DOCUMENT_TOKEN_TO_BE_REPLACED

The third major round of artists to perform at the 21st Anniversary Bluesfest has today been announced. The great music just keeps on coming in what is fast being considered by the media as the best ever Bluesfest bill – a fitting scenario for a 21st birthday celebration. And there’s still approximately 40 artists yet to be announced!
END_OF_DOCUMENT_TOKEN_TO_BE_REPLACED

It seems that Australians just can’t get enough of The Fray. The band’s last tour in March sold out in every city well in advance of the shows, and the performances themselves gripped crowds across the nation.

Luckily, The Fray can’t seem to get enough of us either. With that in mind, The Frontier Touring Company is very pleased to announce headline shows for the multi-platinum-selling band in addition to their performance at 2010’s Bluesfest in Byron Bay.
END_OF_DOCUMENT_TOKEN_TO_BE_REPLACED

Festival goers should also note that the new and updated playing schedule is now online, and one day tickets are now also on sale – just visit www.bluesfest.com.au to see it all. This announcement marks the first time so many artists (over 50) have been unveiled this early, along with the playing schedule – giving fans more time than ever to plan their Easter holidays. END_OF_DOCUMENT_TOKEN_TO_BE_REPLACED

The Black Eyed Peas reign supreme again this week, as they achieve their fourth week at the top of the ARIA Singles Chart with “I Gotta Feeling”, giving the band their tenth week straight at number one. Just two more weeks at the top will cement the Black Eyed Peas in ARIA Chart history as the only act to achieve 12 weeks running in the No.1 position. The single also remains in the top spot on the ARIA Digital Track Chart for the sixth week straight.
END_OF_DOCUMENT_TOKEN_TO_BE_REPLACED

END_OF_DOCUMENT_TOKEN_TO_BE_REPLACED 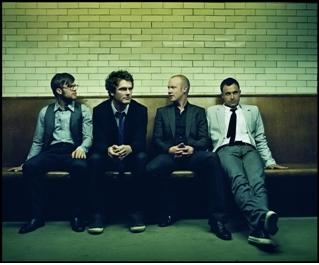 Support at all shows will come from American up and comer Secondhand Serenade. Bursting onto the scene through a myriad of successes, The Fray claimed 2006 as their own. Monster singles ‘Over My Head’ and ‘How to Save a Life’ saw The Fray rule the airwaves, both singles garnering Grammy Award nominations. ‘How to Save a Life’ went on to certify The Fray a global phenomenon after spending 58 weeks on the Billboard Hot 100 and finding placement in a number of television shows including Grey’s Anatomy, Scrubs, The Hills and Family Guy. Debut album How to Save a Life fulfilled their potential, reaching #1 and #2 in Australia and New Zealand respectively, collecting platinum certifications in both countries.
END_OF_DOCUMENT_TOKEN_TO_BE_REPLACED