The third major round of artists to perform at the 21st Anniversary Bluesfest has today been announced. The great music just keeps on coming in what is fast being considered by the media as the best ever Bluesfest bill – a fitting scenario for a 21st birthday celebration. And there’s still approximately 40 artists yet to be announced!
END_OF_DOCUMENT_TOKEN_TO_BE_REPLACED

Festival goers should also note that the new and updated playing schedule is now online, and one day tickets are now also on sale – just visit www.bluesfest.com.au to see it all. This announcement marks the first time so many artists (over 50) have been unveiled this early, along with the playing schedule – giving fans more time than ever to plan their Easter holidays. END_OF_DOCUMENT_TOKEN_TO_BE_REPLACED

END_OF_DOCUMENT_TOKEN_TO_BE_REPLACED

girl in Belfast City. They don’t play your usual punk instruments – there are mandolins, fiddles, banjos, trombones, double bass, accordion, tin whistle, and even a lagerphone. They don’t dress like your typical punk bands – they wear ties with vests and your English working man’s cap; some look sea tug boat captains or your typical Aussie bushie.
END_OF_DOCUMENT_TOKEN_TO_BE_REPLACED

It’s been a long, long, too long a wait but finally Brian Setzer, Slim Jim Phantom and Lee Rocker will be back down under on their Farewell World Tour. 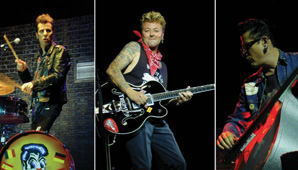 Formed in 1979 the Stray Cats took the world by storm with their infectious rockabilly musical stylings and frenetic live shows.

Having created their own version of the standard rockabilly sound by blending Brian’s jazz & swing sensibilities with the band’s love of the 70’s UK punk sound, the Stray Cats have built up a devoted following and maintained an enviable live reputation throughout their 30 year career.
END_OF_DOCUMENT_TOKEN_TO_BE_REPLACED 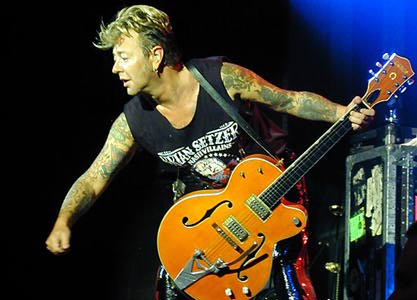 As a teenager, Brian Setzer drew inspiration from 50’s rockabilly, fused it with new wave punk, and created a phenomenon with his band Stray Cats. During the 1990’s (when grunge ruled the charts), he assembled his monstrous big band complete with a 13-piece horn section that ignited an international modern swing explosion, sold millions of albums, and racked up 3 Grammy wins. If that wasn’t enough, Setzer found tremendous success in redefining Christmas music for a generation desperately desiring something new and exciting around the holidays.
END_OF_DOCUMENT_TOKEN_TO_BE_REPLACED