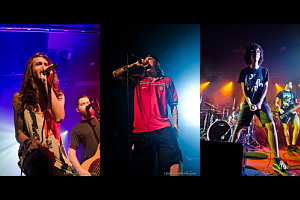 In the middle of the Soundwave hype, three bands united to put on an exhilarating show at the Metro Theatre in Sydney. From the outcome of the show, it was clear that this combination of bands pulled off an adrenaline induced show.

Starting the night off to a full crowd, Real Friends played to fuel the antics of a wild crowd. During “Dirty Water” members of the crowd took it as their mission to ride to the front in order to grab some mic time with lead singer Dan. The amount of passion seen in this set was unbelievable and must be attributed to the packed venue of loyal fans. Having just played the Sydney Soundwave show on Sunday, the band still brought out the ferocity of their music. Raw vocals and a blistering punk rock sound allowed for the crowd to expend their leftover energy from the Soundwave festival.

After Real Friends performed, I had some uncertainty if the next band could maintain the hype that riled the crowd; luckily the issue was quickly addressed. The Story So Far proved to me that I was unwise to overlook them at Soundwave. As soon as the set started, fans launched themselves at the band and from the upper level of the Metro all that could be seen was a sea of fans instinctively following Parker. The explosive nature of the crowd was noted by Parker who announced that “It will all be over soon” as he comforted the squashed bodies who were unfortunate to be at the front.

Finally the headliner for the night took to the stage and with them came a new atmosphere for the remainder of the night. Mayday Parade may have favored their new album in the set but did allow veteran fans to shine out of the crowd once past singles were played. “Jamie All Over” brought about a different flow from the crowd, in which the craziness seen earlier had soon become controlled movements of unison. The only break from all the action was during “miserable at best” where eager fans took to their phones to capture an intimate moment with Dereck as he played the bittersweet serenade. The band used their infectious pop to constantly leave fans screaming for more after each song and as the encore came about, a roar from the crowd signified that they were going to give everything in this final song.

Finishing with “I’d Hate To Be You When People Find Out What This Song Is About” the band showcased the extent of their talents to wrap up the show. Brooks Betts tied in with Dereck’s vocals with an impressive solo to finish the show and leave fans demanding for another song.

This sidewave couldn’t have been successful, if not for the energy the bands put into the performance. Many happy faces (including my own) left the Metro with the experience etched into their minds until the next opportunity to see these bands again. 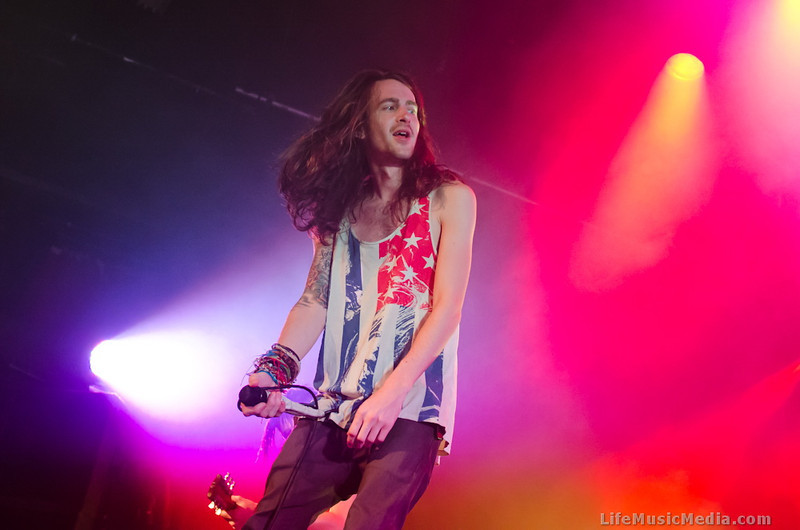 Click Image for The Story So Far photo gallery 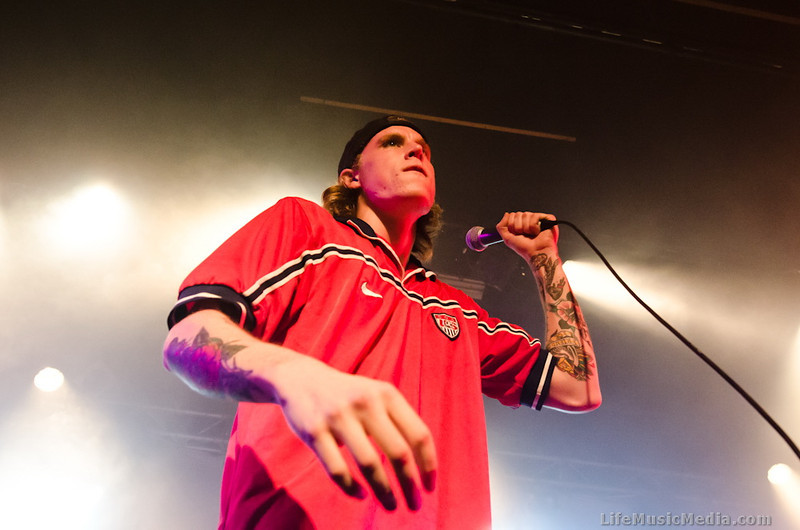