The night began with an excellent performance from locals Post Truth who reminded me of a mix of post hardcore influences, as well as helpings of bands like Isis and High on Fire. Their barking, riff-tastic set included some tasty twin-guitar work, too. Definitely a band to put on your watch list!

Sydney’s three-piece Black Rheno were up next. They’ve played the Cambo a few times now and always put on a hell of an entertaining show – and what a mountain of noise from a three piece! Guitarist Nano runs his rig through both a normal half stack and a bass rig for the low end, so as ragged and raw as their sound can be, it still has an inherent tightness that comes from the one dude playing both frequency bands. The set is frenetic and chaotic with a wall of fuzzed, brutal riffs rumbling atop Dougy’s taut drum lines and singer Milla’s screaming, incessant energy. It’s no wonder they scored the main support slot for this tour.

After about 40 minutes, Eyehategod began taking to the stage in a seemingly casual manner that in some way reflected the sometimes glacial pace of their mid-song dirges – singer Mike Williams wafting across the stage, bottle in hand, looking extremely relaxed.

Despite his incredibly relaxed demeanour, his roar was undeniable and didn’t let up for the entire set. Sadly, former member and guitarist (and Down alumni) Jimmy Bower sat out this tour – which super bummed out one fan who had driven all the way from Byron Bay for the show. But his replacement was the more-than-capable Brian Patton who was a member for more than 20 years before leaving the band in 2018 for family reasons.

The set began with a solid three or four minutes of guitar and bass feedback before the band launched into a solid set of crusty, sludgy mix of Sabbathian, punkish grind that has made them a cult act. Drummer Aaron Hill (a member since 2013) adds some serious tightness to the inherently loose-sounding style of the group, who play a good mix of tracks from across the catalogue. This causes plenty of raised fists and nodding heads, but unfortunately a number of limb-flailing, super-macho dickheads that create a gulf between the first row of the crowd and the back of the room.

All-in-all it’s an entertaining night and one that the diehards who made it out mid-week won’t soon forget. 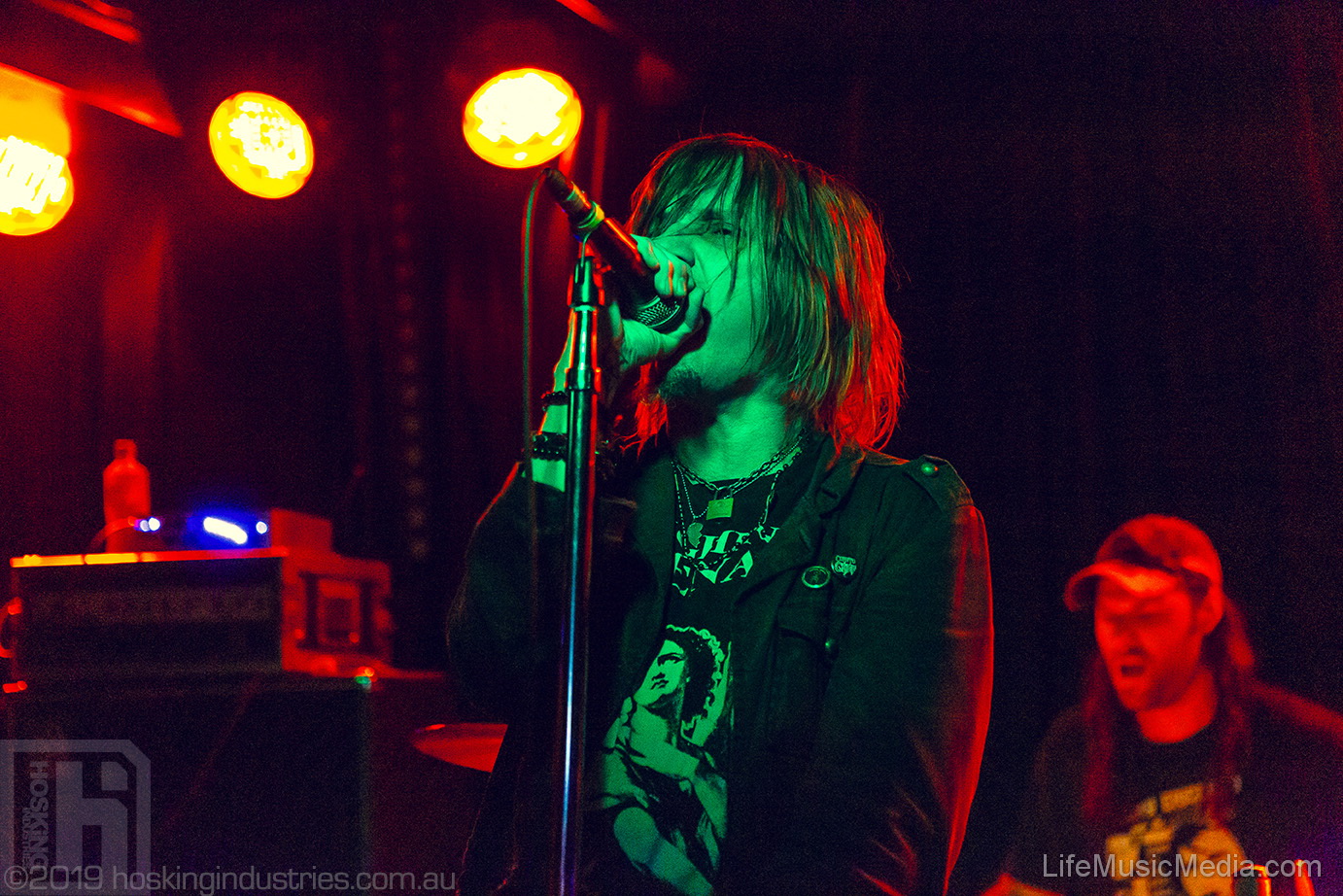