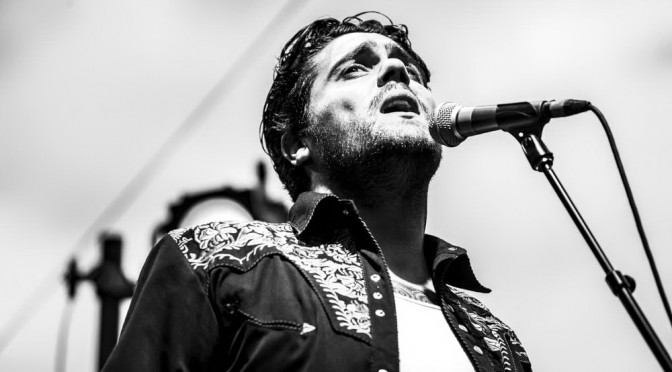 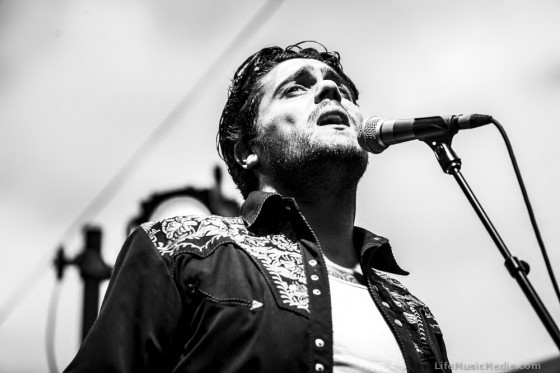 There are fewer more pleasing sights in the live music world than a rock act totally on form. And for Victorian lad Dan Sultan, he couldn’t presently be more on point at the moment: his third long-player Blackbird is universally lauded, has given him a swag of awards and, just last month, notched over to ‘gold’ status in the sales sheets. More than all of that, however, is the confidence all of this has brought the charismatic singer. And it spills out in abundance in his stage shows of late.

First up on the Zoo Twilight stage, though, fellow Victorian Benny Walker is almost reminiscent of Sultan at the start of his journey: swagger in abundance, solid blues-laden rock chops and a delivery which belies the fact he’s largely an unknown quantity to the nearly packed lawn. Backed by a seriously tight band, which includes the part-time efforts of a soulful back-up singer, the tunes pack a punch sadly not experienced in his recorded efforts. Still, with most songs hitting on a solid groove and soaring into heady heights, there’s enough on display to convince most that his is a trajectory to track.

Dan Sultan enters a barely lit stage alone and sporting one of a revolving set of Les Pauls before he starts a triumvirate of soulful expositions which set the heart-on-the-sleeve tone for the night.

Immediately it’s clear there’s something in the air. He paused mid-song to reflect on the recent gold record news, giving thanks to the attentive audience for affording him his career thus far. Later, he admits the week has been personally tough, with deaths of a family member and also of a close friend. Coupled with a pared-back line-up (guitarist-at-large Ash Naylor is MIA for the night), it gives an electrified and raw air to the proceedings.

The set proper kicks off with a sucker punch of Under Your Skin, a searing tome laying a thick jab straight to the solar plexus. Without the guitar flourishes of Ash Naylor, the sound is less bombastic than on record. What it loses in depth, however, it more than makes up for in grit; Sultan is a gutsy blues rock guitarist and the three-piece is a tight enough unit to allow the songs a little breathing space.

This is witnessed early on, with a Stevie Wonder-esque funky detour on the back-end of No More Expectations and again with a cathartic and searing re-working of Old Fitzroy. Deeper cuts from his tentative early recordings helped fill out the set, but it was the grand statements from Blackbird which truly draw a line in the sand: It Belongs To Us and Kimberly Calling are both chest-filling love songs to a land and its abundant stories.

The encore ends with chugging take on The Same Man and it’s during this song that the maturity of the artist shines through. After being championed in early years by giants in his field (Paul Kelly was often responsible for thrusting him into the spotlight), he often seemed like a deer in the headlights: unsure of his position and endearingly uncertain of his ability. These are no longer unanswered questions.