Playing to a half-full venue, the Sydney sextet appeared a more polished, confident band than when this reviewer last caught them supporting Sweden’s Soilwork at the Manning Bar at the tail end of 2010. They’re plagued by the usual opening-act muddy mix, which is exacerbated by the three-guitar attack that’s the fashion these days. And while the clean vocals (courtesy guitarist Richie Newman) have improved a lot, every time singer Brett Anderson tries to sing along it all falls apart.

England’s Architects may have copped some mixed reviews and fan scolding over the direction of their 2011 album ‘The Here and Now’, but there was certainly nothing soft or commercial about their performance tonight. Mid-set, singer Sam Carter demands, “The biggest f**king circle pit I’ve seen on this tour”, and the crowd immediately obliges.

There’s something about UK bands… every one we’ve seen lately exudes a certain confidence and offers a performance just that little more polished than any others they’re sharing a stage with. Architects are no different, pummeling the Sydney audience with a set full of dynamic songs that boasted more mature, interesting song writing than any one playing tonight.

Amidst a line-up consisting primarily metalcore bands, New York’s The Ghost Inside seem like the odd man out, performing a storming set of much more straight-ahead, metal-tinged hardcore, reminiscent of early Vision of Disorder. Given the widespread press afforded Architects, it was a little surprising to see these New Yorkers further up on the bill, despite a solid set.

The Ghost Inside offer fewer breakdowns and a little less melody than some of their tour mates, but offer some brutal moments to the young audience. At one point, singer Jonathan Vigil instructs the crowd to “push it back”, with a number of young ladies being carried over the barrier by security looking a little worse for wear. If nothing else, it’s nice to see a band like this showing scene kids that there’s more to the big bad world of music than what’s currently fashionable.

Speaking of fashionable… It’s good to see so many people refusing to conform to society’s rules and standards – by conforming to a sub-culture’s unspoken rules and standards! It’s hard to say when we last saw so many stretched earlobes and neck tattoos.

Anyway, after a short changeover (that saw the crowd listening to Pantera’s excellent ‘Great Southern Trendkill’ over the PA), Queensland’s recent chart bothering heroes The Amity Affliction took to the stage to deafening applause. It’s both heartening and impressive to see an Aussie band headlining over two international bands, instead of the other way around and The Amity Affliction quickly take to the task of rising to the challenge and proving worthy of all the adulation and back-patting.

Between the earth-shaking breakdowns and detuned riffage common to the style, the twin vocal attack of Joel Birch and Ahren Stringer grabs you from the outset. The whole group is hugely energetic, covering plenty of miles on the large Big Top stage that was also outfitted with a pair of confetti canons, covering the band and crowd in shimmery metallic plastic early in the set. So metal.

Despite plenty of bodies flying over the mosh barrier and a solid set of tunes from their catalogue, including their number one album ‘Chasing Ghosts’, some of the support acts manage to outclass the hometown heroes – but just barely. While the capacity crowd proves The Amity Affliction are worthy of bigger stages, perhaps their performance would have been more potent when compressed onto a smaller club stage.

Amity Affliction + The Ghost Inside photos from the night… Click Here! 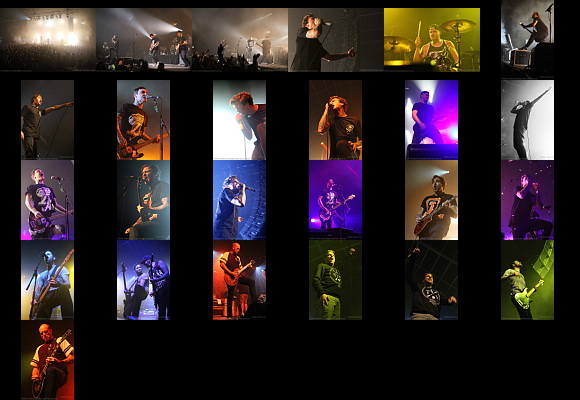 Architects + Buried in Verona photos from the night… Click Here! 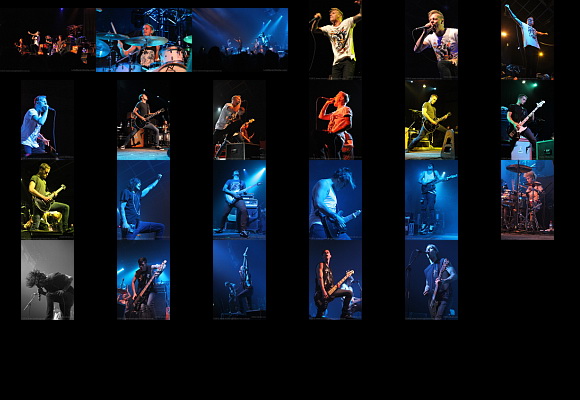