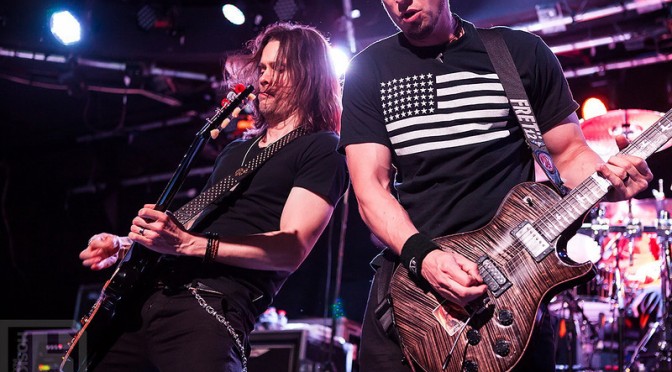 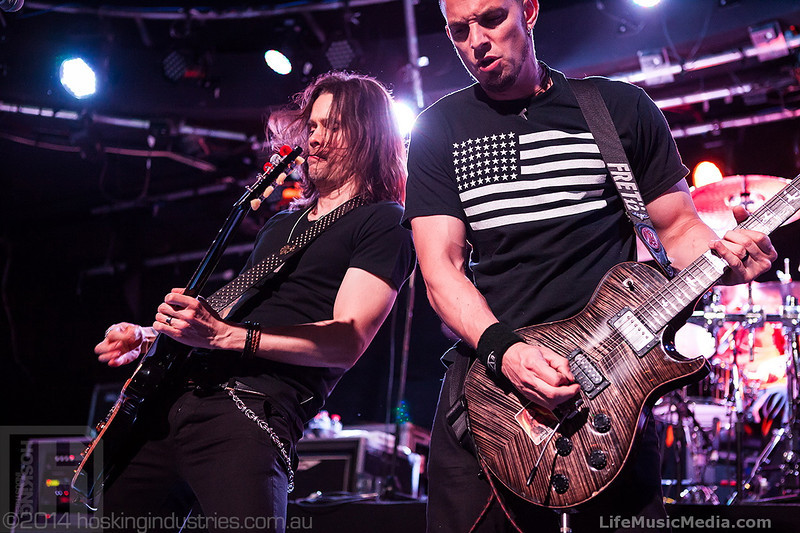 It almost seems absurd that a chart-topping US rock band like Alter Bridge should be playing a venue as small as Sydney’s HiFi. So, it makes sense that tonight’s show – a Soundwave sideshow – should be completely sold out. Indeed, the line of punters stretches from the front door, around the side and turns back on itself to the front door. The Tremonti (AB’s guitarist) tattoo taking one guy’s entire lower leg tells us that he’s probably been here most of the day waiting.

Funk rock legends Living Colour open up tonight’s festivities, celebrating 25 years of their iconic album ‘VIVID’ with a room already full of eager audience members. Each musical legends in their own right, guitarist Vernon Reid, bassist Doug Wimbish, drummer Will Calhoun and singer Corey Glover are equal parts tight and loose all at the same time in a magical way that makes almost no sense and total sense all at once. It’s no wonder AB front man Myles Kennedy later proclaimed that one of the primary reasons we were seeing them tonight was so they could play a gig with them and that it “was a dream come true”.

With so much talent and clearly so much enthusiasm for one another and the material (including spellbinding renditions of classic tracks like ‘Love Rears Its Ugly Head’ and ‘Cult of Personality’), the set is electrifying. While we wonder if any of the kids in the mezzanine have even heard of Living Colour before and how sad that reality is, you can bet they won plenty of new fans tonight.

Florida rock juggernaut Alter Bridge take to the stage to rapturous applause. Clearly they have some diehard fans in the crowd tonight, including a few in the photo pit! From the very first notes of ‘Addicted to Pain’ from new album ‘Fortress’, AB prove to be a powerhouse of sonic manipulation, using an addictive combination of dynamics and savage musical hooks that drive the crowd nuts.

The band (including singer Myles Kennedy, guitarist Mark Tremonti, bassist Brian Marshall and drummer Scott Phillips) seems completely stoked to be here in this intimate venue. Kennedy can be seen regularly smiling to his band mates when he stops and lets the audience sing his parts – which they do at full volume for the entirety of the show. The entire front row is made up of AB t-shirts and passionate faces caught up in the moment. It’s truly a contender for gig of the year.

With a set list that spans AB’s four albums so far, including a number of tracks from their latest album, every punter here hears something to make them happy. If anything, the live Alter Bridge experience is more powerful than their recorded output – plus it’s compressed and intensified by the limited-capacity venue.

Alter Bridge prove their mettle tonight. They’re polished and professional without being sterile. These guys are no Nickelback. They may be a million-selling US rock band, but there’s no denying the talent on the stage… and from tonight’s performance, the humility. Everyone here should count themselves lucky for seeing an outfit of this stature at such close quarters. Amazing. 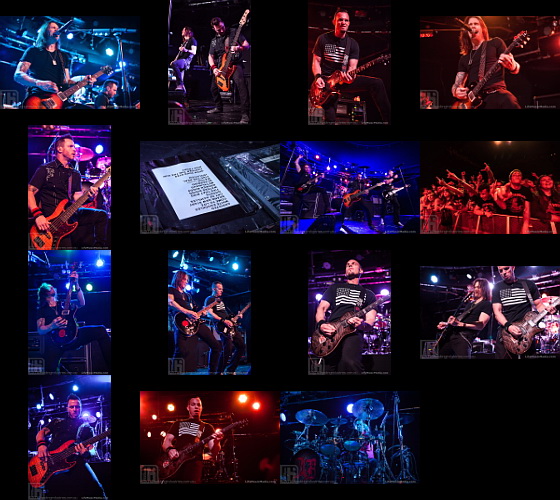