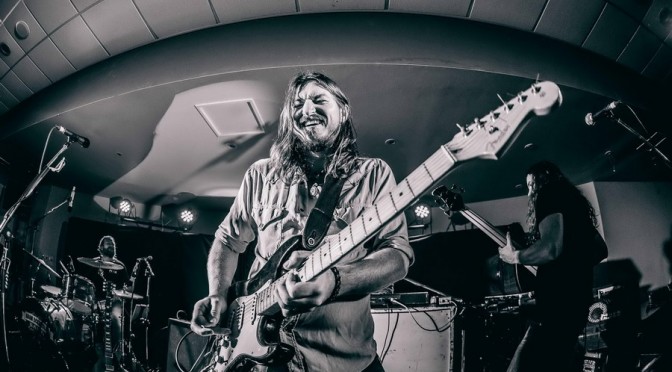 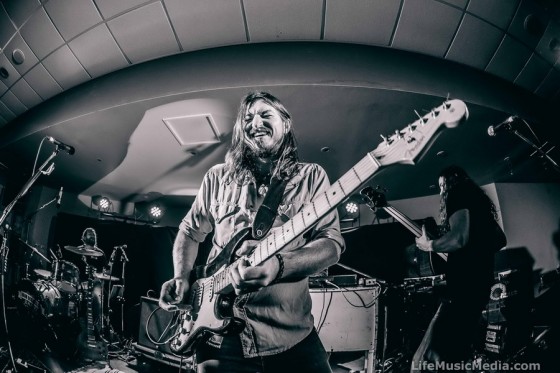 Central Coast based four piece country rock outfit The Adam Eckersley Band sent the local football club into overdrive last Saturday night with a full on assault of their unique brand of country rock. Lead by one of Australia’s best on the axe, Eckersley is both modest and quiet in approach. Take this man and his band to a performing stage and they unleash the beast within to provide the bands ever growing audience with more than their monies worth.

Branded as a fundraiser to get the band to Europe on a 4 week tour in November, Saturday night’s gig was far from pedestrian. This band knows no other way than to give one hundred percent. With two successful studio albums under their belt (aptly named The First and Second album) the band has a plethora of original material to choose from, this dominates their set list. Claiming their first golden guitar in Tamworth this year (the band is branded country), this label is on the edge. I would prefer to categorise them as country Rock, a subset of the many different layers country now seems to be going through. The bands look, talent and presence would not be out of place had we transported them back to the 70’s and Southern California. The band sights the Marshall Tucker Band and Greg Allman as some of their influences. Apart from Eckersley’s skilful guitar playing the band sound is heavy influenced by “Arizona” Dan Biederman on keyboards. Add to the line-up Scott Greenaway on bass and Benny Elliot on drums, all on backing vocals and you have one of the best bands going around the country at the moment.

Eckersley’s intimate relationship with the crowd is unique. There is no big noting or giving himself a wrap, the fans form the nucleus of this band. To put it simply, you either get them or you don’t. The music itself is centred around solid guitar riffs and with the recent departure of guitarist Duncan Toombs the band and Eckersley himself will have no trouble reverting back to a single guitar outfit.

Delving into the last two albums both heavily featured on Saturday night, the band relies heavily on their own ability to write their own songs. Numbers like ‘Tomorrow night same again’ focuses deeply on life on the road, something the band is very used to, touring constantly over the past 2 years. ‘Why I drink’ touches on the state of the world. Lyrics like ‘Kids having kids and kids killing kids, what the hell is this’ gives the listener an insight into the humility of the band. ‘Wheels’ from The Second Album also provides the listener with a window into life on the road. Eckersley is the first to admit missing families is a big issue especially with all the touring. The opportunity to be at home and be with your partner and kids is something we all take for granted, life in the music business.

Taking a fuelled audience down to an acoustic level and playing them ‘Give Her The World’ demonstrates a softer side to the man. Written for his beautiful wife and pending birth of their first child, the song itself is more like an anthem at gigs now, everyone knows it.

So where too now for the band? No doubt more touring and a new album (will it be creatively titled the third album)? Gauging Saturday night’s performance the live shows are set to increase, not only in tempo but audience presence locally. Nationally the fan base is ever building. By November the international base will be established. The unique part of seeing this band grow live over the past three years is, they truly are brothers. Life on the stage, the road or in the studio is a joint concern, no one is more important to the outfit. With such a strong bond and platform, I look forward to seeing where this band goes.