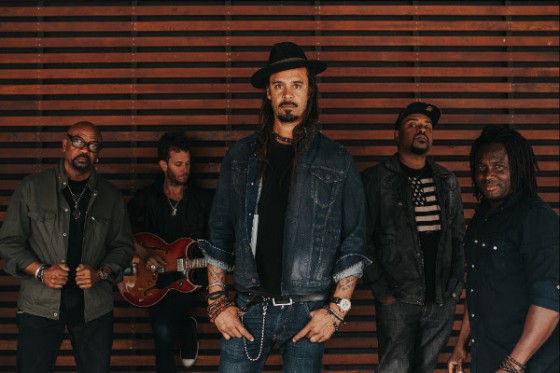 One of the planet’s most uplifting musicians Michael Franti, and his band Spearhead, will be bringing their dynamic new music to The Croxton in Melbourne on Wednesday 28th September 2016 and the Metro Theatre in Sydney on Thursday 29th September 2016.

Michael Franti has dedicated his life to spreading the joy of music and positivity to millions of people worldwide and will be celebrating the release of SOULROCKER (June, 2016) on this tour. The album is Michael Franti & Spearhead’s ninth studio album and debuted at #1 on the iTunes Alternative Album Chart. SOULROCKER delivers a fresh take to the group’s powerful hybrid of hip-hop, rock, folk, and reggae, and expands into the electronic music genre, fulfilling Franti’s mission of making impassioned music you can dance to.

Michael Franti is a name widely known around the country and he has won the hearts of many Australians, not only for his soulful and conscious music and intoxicating performances, but for his humanitarian activism; “Right now is a very challenging time for people, for our nation and the planet,” says Franti, a past recipient of Global Exchange’s Domestic Human Rights Award; “But I really believe that music can help fight war and violence and hatred. The world needs that more than ever now, so my intention with this album was to make music that could bring people together.”

Michael Franti & Spearhead will be sharing their new music and good vibes in Australia this September off the back of an extensive U.S. tour.

The new album from Michael Franti & Spearhead SOULROCKER is out now: http://umusi.cc/Spearhead