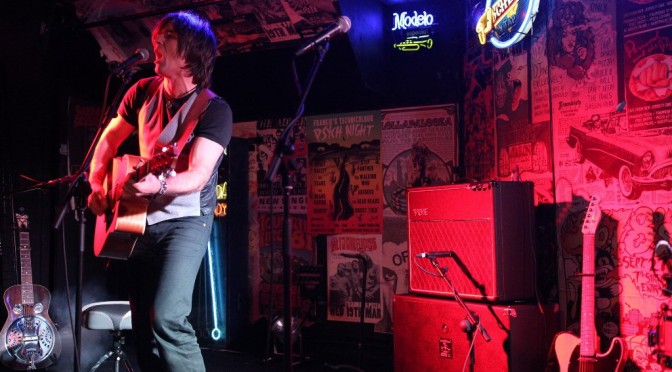 Photos and Words by Peter Coates – Inside Edge Photography

One of six children raised in a rigidly devout Jehovah’s Witness family, Tim Hulsman’s father was a respected elder in that community, responsible for counselling and advising “the flock” and for ex-communicating members who were deemed to be straying or worse, ‘unrepentant sinners’. Any music other than hymns and religious music was heavily regulated in the Hulsman home and Tim’s parent’s deeply-held belief was that music “will lead you astray.”

However, from the age of 14 until he turned 18, Tim and his parents battled constantly and without compromise over his desire to be involved with making and performing music. It was an excruciatingly painful and difficult time for Tim, but he finally took the plunge and told his parents that he had no intention of continuing life as a Jehovah’s Witness, nor would follow any other religion, and he was promptly ex-communicated from the church. In one night he lost connection with every friend and family member in his life and was completely alone.

“I felt awesome… and scared and excited and angry and abandoned all at once. But I had plenty to write about and nothing to stop me. I started busking, put myself into music college, where I learned to sing properly and play saxophone, got a job in a night club behind the bar, joined my first serious rock band and never, not for one split second, looked back.”

Tim is out on a national tour, in the company of his very talented wife Nina Grant (ex-Mantissa) in support of his new CD, Dead Man’s Garden, which blurs most of the blues, folk, alt-country and rock borders, with a profound narrative comprising stories and snapshots of pivotal moments that have helped form his life to this point.

LIFE MUSIC MEDIA caught up with Tim in Sydney at the very groovy CBD venue of Frankie’s Pizza, with a good post-work crowd in for their dose of Wednesday-night live music. The intention was for a half-hour set to get warmed up, and then a slightly harder-edged second set to get the joint buzzing – however, a communication breakdown between promoter and venue saw the second set ditched in favour of the more contemporary and classic rock of the CD player!
Half a set was better than no set at all, and Tim kicked off with a stomping rolling blues riff, pounding on the guitar to underpin the rhythms, and with a powerful vocal delivery over the top. Next up was “Goodnight Irene” from the new CD, featuring Tim on ‘Francesca’ – the beloved steel guitar, and Nina on percussion – a very mellow ballad.
“Song for Arlo” – the couple’s 2 year old son featured Nina on electric guitar and some haunting harmony vocals from the two of them. Life experiences feature heavily on the songs on the new CD, and “Firestorm” was written in a house in Victoria in the midst of a nearby bushfire – focussed on the importance of relationships and family in the face of such natural devastation.

The set finished with “Sweet Surrender”, another duet with Nina, and title track “Dead Man’s Garden”, with Tim picking up the electric guitar and Nina back on percussion, for a more raucous song, again with a story. 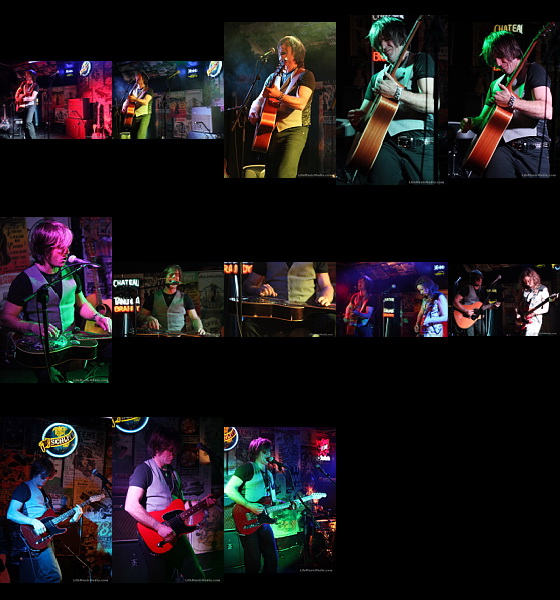