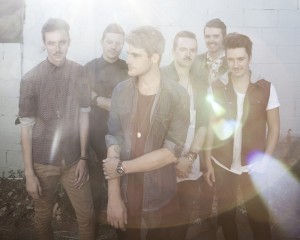 Australian 6-piece rock band, HANDS LIKE HOUSES release a music video for their cover of ‘Torn’ – the 1997 pop hit by Natalie Imbruglia – as part of the Punk Goes 90s, Vol. 2 compilation, currently available on iTunes through Fearless Records. Since its release, the band’s version is the best selling song on the compilation in Australia and New Zealand.

The beginning of 2012 saw Hands Like Houses signing to Rise Records and have since sold over 60,000 albums worldwide (2012’s Ground Dweller, 2013’s Unimagine), including an appearance at American Top 40 with the release of their sophomore album Unimagine, which debuted at #37 on Billboard 200 and #51 on the ARIA album chart last year.

Hands Like Houses continue to ride a wave of international success whilst expanding their local fan-base touring like musical junkies, having supported acts like Pierce The Veil and Sleeping With Sirens in the UK and United States, appearing on the entire 2013 Vans Warped Tour both in Australia and the US. The fellas then completed a successful stint on home soil in support of Tonight Alive, followed up by their first headline run in February 2014 sold out four of the six shows.