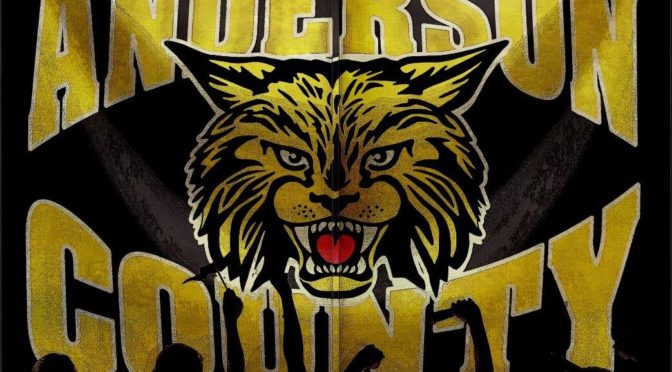 Five of the six tracks on the EP are co-written with Nashville songwriter and Country artist Jordan Walker (Luke Combs, Mitchell Tenpenny and Cassadee Pope), and from the opening chorus of the title track, Boy From Anderson County, it is clear that Kolby has some considerable talent, honey-rich tones to his southern drawl, and a crystal-clear tone in the delivery across a wide range.

Good For You has the arena intro, the acoustic guitars under the soft opening verse, and then the uplifting and powerful chorus, with what sounds like some wonderful steel guitar providing the haunting background melody, while the band powers along with a monster drum-beat driving the tempo.   A raw break-up track is up next in Excuses, with the verses full of the pent-up tension before the dam is breached with the intensity of the chorus – a tasty little guitar solo fills the mid-section before heading back into a final refrain and the outro that leaves it hanging!

Some raucous guitars open up the slightly more upbeat but equally emotive Way To Go, which is filled with multiple layers of guitars behind the laconic vocal line, and builds up to the final chorus and the outro cry of “You’ve got a long long way to go!”  The catchy This Song Don’t Make No Sense is right out of the Luke Combs school of country rock, and would fit perfectly with a video of our hero driving down a dirt-road, top down, pondering the illogicality of some relationships, ending up on a bar stool asking the barmaid the rhetorical questions of life!

The final track opens up as a slow-burner, with heavy guitars and pounding toms, and Her Favourite Songs launches into a beat that motors along before the super-catchy chorus kicks in, again highlighting the truly excellent voice that Kolby delivers, and this rips into a blistering guitar solo before the middle-eight that powers up, briefly drops down before the band launches back into the final chorus.

Kolby has clear talent, and has found some quality songwriters to co-write this cracking selection of country-rock tracks.  This is not ground-breaking stuff, but his voice has a mellowness and depth that sets it above a number of his more famous peers, and there is great production here also from Philip Mosley which allows all of the various elements to shine.