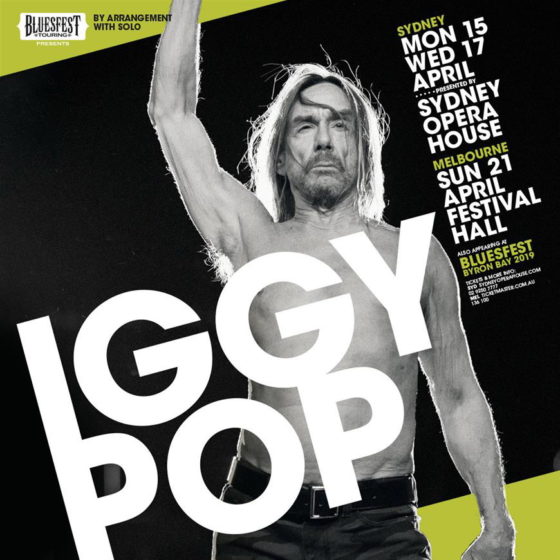 IGGY POP
With special guests The Chats supporting in Melbourne.

Often considered the godfather of Punk – Iggy Pop is making a welcome return to Australia this April with tour dates just announced in Melbourne and Sydney’s Opera House!

Widely acknowledged as one of the most dynamic stage performers of all time, Iggy Pop pre-figured both ‘70s punk and ‘90s grunge and has built a legendary career filled with both critical acclaim and fanatic cult success. Seeing Iggy Pop rock out is definitely a performance to put on every music lovers bucket list.

Iggy Pop is sure to entertain audiences in Melbourne and Sydney this April.

Commenting on his Sydney Opera House performance, he said “What a thrill to perform beneath this bold carapace, I’ll do my best to rock the house”.