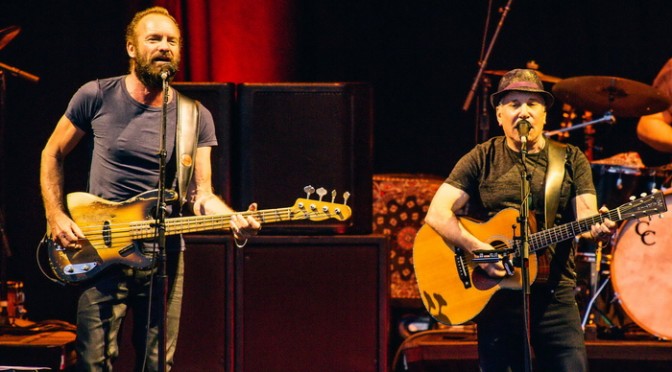 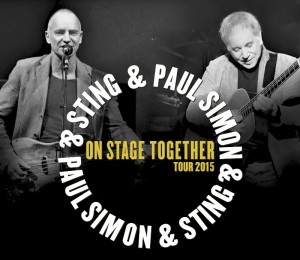 Live Nation Global Touring have announced that Sting & Paul Simon, two of music’s most renowned and enduring artists, will bring their critically-acclaimed On Stage Together tour to Australia and New Zealand in January and February 2015.

The tour kicks off Friday, January 30th at Vector Arena in Auckland and will continue on to select cities and venues including the Brisbane Entertainment Centre, Rod Laver Arena in Melbourne and Qantas Credit Union Arena in Sydney in addition to events in the picturesque outdoor venues of Coopers Brewery in Adelaide, Hope Estate Winery in the Hunter Valley and two A Day On The Green shows at Mt Duneed Estate (formerly The Hill Winery) in Geelong and Sir James Mitchell Park in Perth.
END_OF_DOCUMENT_TOKEN_TO_BE_REPLACED

We are delighted to announce that STING will extend his critically-acclaimed Symphonicity world tour to Australia in 2011 and will play some of Australia’s most iconic and atmospheric venues alongside the Melbourne Symphony Orchestra, the Sydney Symphony & the New Zealand Symphony Orchestra – conducted by Steven Mercurio.
END_OF_DOCUMENT_TOKEN_TO_BE_REPLACED