On the night, Lindsay McDougall (aka Triple J’s ‘The Doctor’) introduced the concept well: “a show celebrating one of Australia’s music legends by the showcasing of new, young Australian talent”. Triple J’s tribute to Nick Cave, a series of concerts played around the country entitled Straight To You, remarkably achieved both of these objectives.

The audience attending Straight To You’s Brisbane show, the final of the tour, was one of great diversity. There were the die-hard Cave fans; those who had seen him perform back in the eighties, who owned every album, and, as one lady proudly extolled, still played some of them on cassette. Then there were the youngest of the young; one group of schoolies who had luckily turned eighteen (or had at least procured “ID” to validate their claims) for whom Nick Cave was a legend, an artist who had literally been making music their entire lives. Regardless of age, generation, taste or reason, the crowd had one thing in common; they were there to witness something special in the history of Australian music, and they were well rewarded for their faith.

Having played seven previous shows, the impressive line up of musicians presented a picture of comfort and camaraderie on stage, and it was easy to tell that playing the show was a joy and honour for all. Band leader Cameron Bruce (from the bands of Paul Kelly and Washington) and Spiderbait legend Kram acted as the metaphorical ‘dads’ of the group, introducing each new act to the stage, guiding the musicians through the majority of the songs, telling jokes at each other’s expense and having an all round good time. Together with the band they kicked off the show with “Red Right Hand”, playing this originally understated, cool song with a child-like, excited energy that immediately had the crowd engaged and excited.

Muscles and Bertie Blackman hit the stage with “Do You Love Me?”, both displaying supreme talent, though Blackman’s strong voice really stole the number. It was then Muscle’s turn to play solo, accompanying himself on the piano for “I Let Love In”. It was a night for transformative performances, and while his voice wasn’t quite as strong as the song required, it was great to see Muscles performing this song, released when he was just twelve years old, and going well outside of his regular electro genre to do so.

Alex Burnett presented the highlight of the show with a song that, he pointed out somewhat sheepishly, wasn’t even a Cave original. “Shivers” proved to be an excellent choice for the front man of Sparkadia, his unique voice giving the audience shivers of their own as it lilted over the chilling and beautiful lyrics. Burnett walked the line perfectly between trying to emulate (the really inimitable) Cave and making the songs his own, and as Lanie Lane joined him on stage for “Where the Wild Roses Grow”, he transformed astoundingly into a chilling version of Cave’s killer for this murderous ballad, his voice deepening and his eyes glowing, thrilling the audience.

Another standout of the show for how it divided the audience, was Jake Stone’s (Bluejuice) dubstep version of “The Weeping Song”. Normally dark and droll, Stone collaborated with the band to produce an upbeat number designed to have the crowd moving along. While some claimed it as sacrilege and others applauded the re-working, it did without a doubt have the whole audience singing to the chorus and ended the first act of the evening nicely.

Throughout the night the audience swooned as Lisa Mitchell crooned her way through “The Ship Song” and “Into My Arms”, and were entranced by the sexy strength of both Abbe May and Adalita. A theatrical hip hop version of Stagger Lee was presented by Urthboy, accompanied by Lanie Lane and Alex Burnett, which, while proving one of the most entertaining numbers on the set list, felt a little off-beat, perhaps the artists not fully committing to the bold re-imagining of the song.

Ben Corbett (SixFtHick) and Johnny Mackay (Children Collide) both captured the manic side Cave’s music, thrashing about the stage in a manner which had crew scrambling to clear cords out of the way of their writhing bodies and right microphones tipped over in musical frenzy. Dan Sultan, another member of the impressive line up, led the band and full set of musicians to a climactic finish with “Get Ready for Love” and the encore “Papa Won’t Leave You Henry”.

At its end, the show was exactly what it set out to be; a celebration and fusion of the music of a legend and the talent of those he has inspired. With the perfect mixture of reverence and fun, Triple J created a stellar show in Straight To You, and should be applauded for providing the opportunity to the musicians and audience alike to celebrate a well-loved Australian performer. 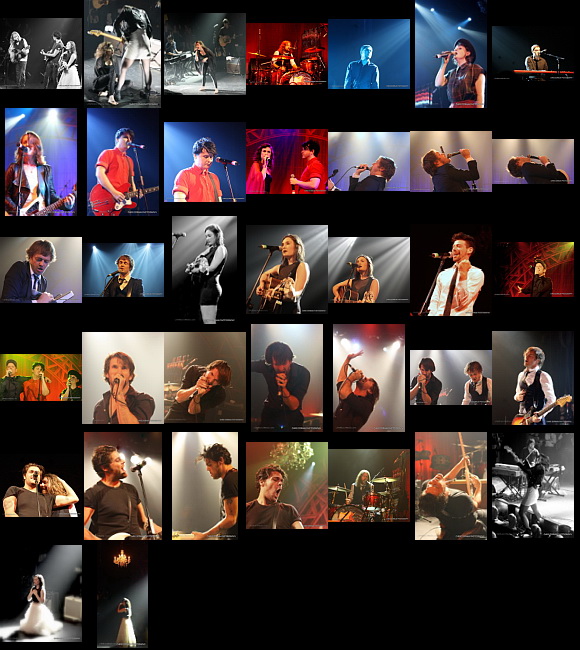