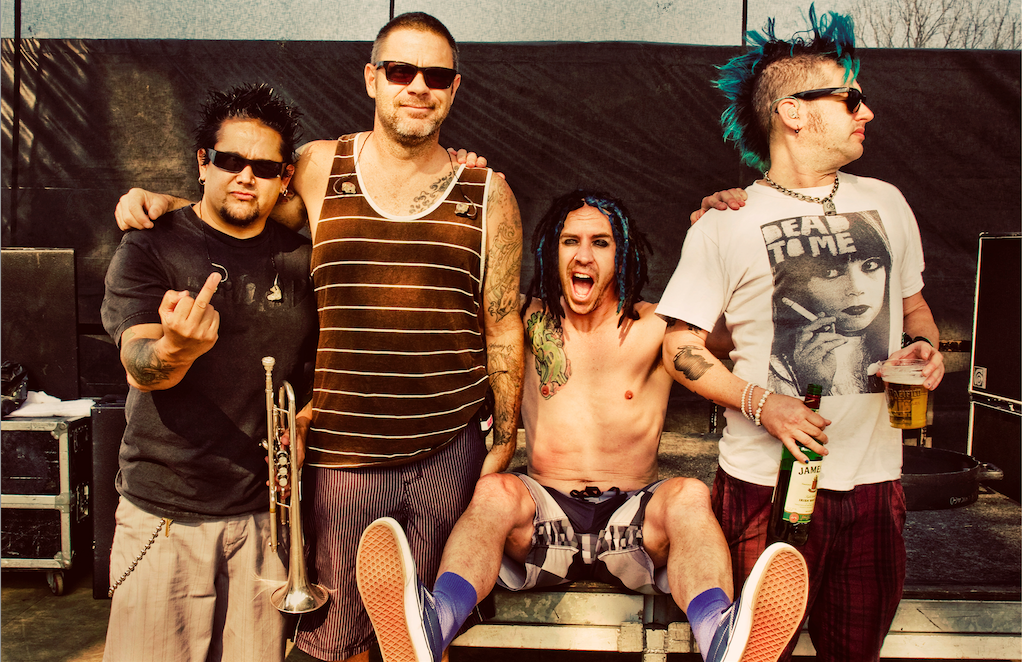 NOFX formed in Los Angeles back in 1983, a helluva year for new bands and one that gave birth to Alcatrazz, Trixter, White Lion, and any number of bands that are completely defunct and irrelevant in this day and age. That alone says something about NOFX‘s enduring popularity. Maybe they lasted this long because they were forged in the same fiery furnaces of the L.A. hardcore scene that gave us Bad Religion, Suicidal Tendencies, Germs and Descendents. NOFX sharpened their teeth in that tumultuous talent pool until they joined forces with Epitaph in 1989 and went on to release a string of crucial punk records. Their first major breakthrough came in the form of 1990’s Ribbed, still a fan favorite, followed up by now-classics White Trash, Two Heebs and a Bean and Punk in Drublic, the latter selling well over a million copies. That was a wildly successful decade for NOFX as the band popularized the Warped Tour and was the flagship band for the skate/surf/snow culture of the 1990’s.

Now on Fat Mike’s own label, Fat Wreck Chords, their third decade was even more fruitful, which again speaks to NOFX‘s indomitable longevity. The band’s decade-long ban on doing the mainstream press and media was lifted as they sought to actively share their dissent for the Bush Administration and speak out against the invasion of Iraq. And once the floodgates were open, NOFX and their “Rock Against Bush” movement were everywhere: Newsweek, Rolling Stone, New York Times, Howard Stern, and network television. All that high profile interest and hype was reflected in the success of their 2003 record, The War on Errorism, which was the #1 independent record in the country at the time if its release and topped Billboard’s Indie chart.

The new NOFX full-length, Self Entitled, out September 11th, was their 12th studio record. A return to their aggressive roots, the 12 tracks embrace the hostile early LA punk sound while maintaining the trademark technical and melodic sound that NOFX is renowned for. As with all NOFX albums, the subject matter on Self Entitled is diverse (politics, religion, s&m, etc.), but there is a more cohesive mood this time around. The majority of the songs display a more personal perspective from Fat Mike, which lends a more intimate feeling to the album overall.

With the recording of NOFX’s acclaimed 2012 release Self-Entitled, the band upheld their tradition of über proficient song writing and emerged from the studio with more songs than they had room for on the album. At last, as a follow up to Self-Entitled, the band compiled the Stoke Extinguisher EP to give the songs the attention they deserve. The title track accomplishes exactly the opposite of what the name implies. Sneaking in with some low-fi reverb filled vocals, it quickly changes course unleashing an unbelievably fat guitar riff accompanied by the band’s trademark blend of melody and pummeling rhythm. Filled out by a rousing rendition of Tony Sly’s “The Shortest Pier”, the tongue-in-cheek “My Stepdad’s a Cop and My Stepmom’s a Domme”, and an even edgier demo version of the hardcore masterpiece “I Believe In Goddess”, Stoke Extinguisher is a compact punch of quintessential NOFX.

Presented by Blue Murder and Bombshell