Port Macquarie’s MEMORY LANE Festival is on sale now. Featuring an impressive lineup including San Cisco, Stonefield, Patrick James and Zefereli, together with a handful of amazing local acts including Bear in a Man Suit, Plebeian Groove and Withernecks.

Headliners San Cisco released their debut self-titled album to international acclaim in 2012. This year has seen the band playing a bunch of festivals and sold out tours following the release of their sophomore studio album in the form of the eclectic offering ‘Gracetown’. The new record showcases different sounds, including disco and funk vibes, against the backdrop of a worldlier undertone from the band. The highly anticipated sequel to their critically-acclaimed self-titled debut is set to please MEMORY LANE audiences as they perform their anthemic, quirky indie pop tunes.

Joining San Cisco high on the bill is former Triple J Unearthed High winners, Stonefield who take to the MEMORY LANE stage after winning ‘Rock Work of the Year’ at this year’s 2015 APRA Awards for their highly praised debut album. The all girl group are currently producing their second studio album with Spiderbait’s Kram and recently released a darker moodier track ‘Golden Dream’ which is the first taste from the collaboration.

To be held on Sunday October 18 from noon until 7 pm, the festival promises to get audiences grooving in the laneway behind Port Central in celebration of music, food and more. MEMORY LANE is aimed at providing Port Macquarie’s youth with a recreational stress release valve in the lead up to exams and end of year pressure, and promises to grace their eardrums with a deliciously exciting mix of musical talents.

Appearing are some of Australia’s most hectic indie rock bands, providing significant opportunities for local acts to play with calibre bands, bringing together musicians, music lovers, creatives and party people in search of a good time.

MJR Presents have joined forces with Port Macquarie Hastings Council, headspace and Mid North Coast Lifesaving to bring you the all ages drug and alcohol free event transforming the Port Central laneway into a vibrant and engaging youth precinct. The laneway will be filled with young people entertaining and being entertained in a place they can call their own.

Tickets are strictly limited, so pre-purchase will be essential. 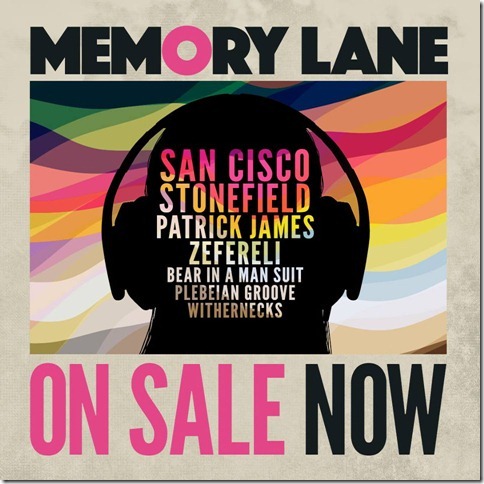