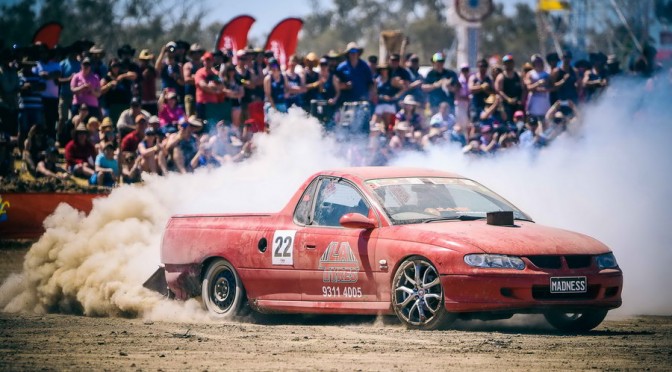 Each October long weekend a magnet hovers above the country with one specific goal in mind. That goal is to attract and encourage any ute driving individual from Queensland to Western Australia to congregate at the home of the ute psyche.

Welcome to Deniliquin the ute capital of the world. Know affectionately as ‘The Deniliquin Ute Muster and Play on the Plains Festival‘ is now the biggest ute gathering in the world. Held on the flattest, and most open plains on earth, people gather from all over the country to party, drink and play with other like minded souls committed to the culture of utes.

Over the last 16 years since its conception more and more people put this festival on their yearly calendars and attend religiously. The focus is the cars but there is music, bull riding world record attempts and down right fun.

The camping area is divided with the ute park and families separated. The ute area can be heard well into the wee hours of the morning while the families are usually tucked up by midnight. By day cars roar, ute pride is shown via the traditional ‘Show and Shine Competition’ and there is even a feral ute prize for cars you often smell before you see.

Blue singles are the rage with thousands purchased and counted as part of the world record attempts. Music flows, so does the beer and bundy.

This year the music line-up featured headliner Cold Chisel along with Birds of Tokyo, Lee Kernaghan and many more.

As the dust settled on another year I drove away with anticipation for the next one. Congrats to the organisers and Deni in general for getting together and doing something very unique. For the bucket listers and people alike put it on and tick it off as the saying goes “if you are going to do it, do it in Deni”… until 2016. 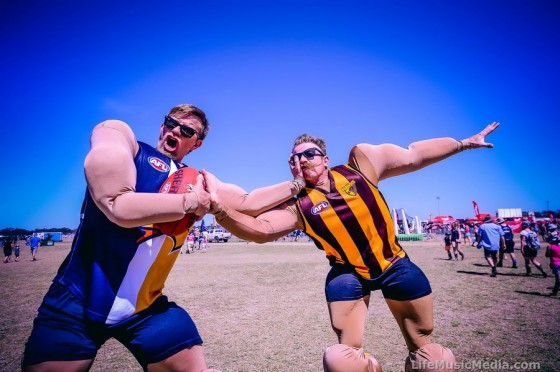