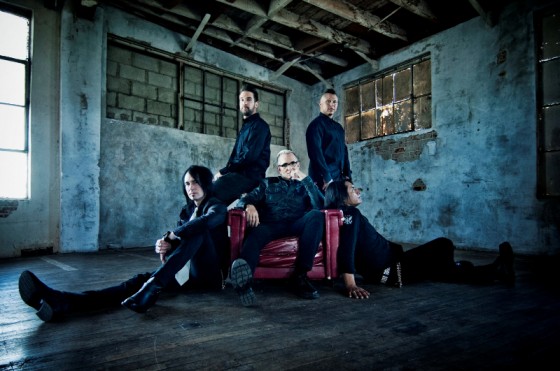 To celebrate the 20th Anniversary of ‘Sparkle and Fade’, Everclear are back to treat Australian fans to a live incarnation of this game-changing album in full, plus all your favourite Everclear singles!

Lead by founder and main songwriter Art Alexakis, Everclear blazed a trail through the 90’s with their infectious hooks and articulate lyrical content, scoring multiple smash hits and galvanising a generation of long-time fans. The release of Everclear’s second album ‘Sparkle and Fade’ in 1995 heralded the arrival of the band as a hit making machine with the songs “Heroin Girl” and “Santa Monica” in particular shooting off into the stratosphere of the planet’s music charts. The band’s ascendancy continued with 1997’s ‘So Much for the Afterglow’, which produced the radio hits “Everything to Everyone,” “I Will Buy You A New Life,” and “Father of Mine.”

Alexakis continued to explore new creative challenges on such subsequent Everclear releases as 2000’s two-part Songs from an American Movie, ‘Vol. 1: Learning How to Smile’ (which yielded a major hit in “Wonderful”) and Songs from an American Movie, ‘Vol. 2: Good Time for a Bad Attitude’, 2003’s ‘Slow Motion Daydream’ and 2006’s ‘Welcome to the Drama Club’. The Vegas Years (2008) was a memorable set of cover tunes, while ‘In A Different Light’ (2009) and ‘Return to Santa Monica’ (2011) found Alexakis and company revisiting and reinterpreting items from the Everclear songbook.

In 2014 the multi-platinum certified rock act Everclear signed on with Brooklyn based indie label The End Records/ADA for their ninth studio album, ‘Black Is The New Black’ which is due for release in 2015. On the group’s new home and the forthcoming album Alexakis says – “We are really excited to be on The End Records. There is such a buzz of enthusiasm there for our new album, ‘Black Is The New Black’. It’s an unapologetic rock record that I feel combines the best of classic Everclear with contemporary production and what I feel is some of my best songwriting in years!” The first single from the album “The Man Who Broke His Own Heart” is available online.