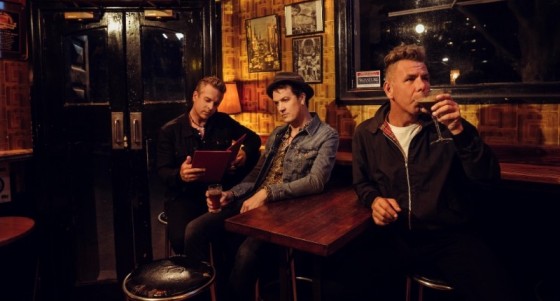 2016 has been a year to remember already, even on the scale for a band like rock icons The Living End who have had an exceptionally epic career to date!
END_OF_DOCUMENT_TOKEN_TO_BE_REPLACED

Firebrand, ARIA-nominated, Melbourne rockers KINGSWOOD are back in a big, big way today with the release of the barnstorming new single ‘Creepin’. The band also announce local supports for their up and coming national club show tour throughout November, tickets for these up close and personal shows are on sale now.
END_OF_DOCUMENT_TOKEN_TO_BE_REPLACED

New Sydney-based producer / vocalist, Sparrows has just unveiled her completely self-produced and recorded single ‘Get To Know You’ – an intricately layered cut where dynamics duck and weave throughout an eclectic and mesmerising soundscape.
END_OF_DOCUMENT_TOKEN_TO_BE_REPLACED 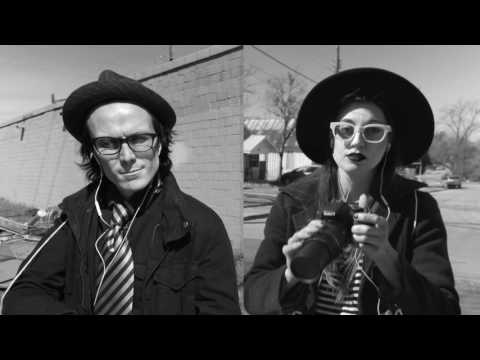 Classically trained, alt-pop prince, Jack Colwell, released his highly anticipated new single Far From View in February. This time Colwell is joined by the choir from Karen O’s (Yeah Yeah Yeahs) production of Stop the Virgens – a Psycho Opera, which had its Australian debut at Vivid Sydney in 2012.
END_OF_DOCUMENT_TOKEN_TO_BE_REPLACED

END_OF_DOCUMENT_TOKEN_TO_BE_REPLACED

The video features footage of the band performing at Lollapalooza Chile on April 3rd, as well as the revelation that
they are using the same soundboard to record their new album that was used on ‘Nothing’s Shocking’ and ‘Ritual de lo Habitual’.
END_OF_DOCUMENT_TOKEN_TO_BE_REPLACED

Let us know of other great BMX clips… leave a comment below.
Quick Bits, Sport, Video, YouTube
GONE BY DAYLIGHT- “Someone Better Than You”

LMMtv group [at Vimeo] is a place for bands/artists to submit a video of themselves performing a song of their choice, recorded on video as a raw live take.
END_OF_DOCUMENT_TOKEN_TO_BE_REPLACED

The Sydney leg of the all conquering Future Music Festival was held at Royal Randwick Racecourse on 12th March 2011 and encompassed 9 stages, 2 big-tops, 2 inflatable tents all set up over 5 days.

Concert, event, Flim Clip, movie, news, Sydney, Video
Check out the ‘BACK IT UP’ video clip below!

‘Back It Up’ is the sound of swapped glances across a crowded dancefloor. It’s the sound of a party that begins late and carries on until the sun rises. It’s a song about dancing, flirting and a declaration of independence. With her debut single, Caro Emerald announces herself with the sort of sassy, whipsmart pop that will have the likes of Lily Allen and Mark Ronson pricking up their ears. Her smouldering vocals update the classic Americano sound with a contemporary sheen and suggestive lyrics over a melting pot of sounds and influences – yet the sound is entirely, inimitably that of an exciting new artist.
END_OF_DOCUMENT_TOKEN_TO_BE_REPLACED

“As promised, my first video from the set of THE HOBBIT. Enjoy!” – Peter Jackson

All will be lost… Unless all unite against evil.The Fellowship has been broken. Boromir (Sean Bean) is dead, Frodo Baggins (Elijah Wood) and Samwise Gamgee (Sean Astin) have gone to Mordor alone to destroy the One Ring, Merry (Dominic Monaghan) and Pippin (Billy Boyd) have been captured by the Uruk-hai, and Aragorn (Viggo Mortensen), Legolas (Orlando Bloom), and Gimli (John Rhys-Davies) have made friends of the Rohan, a race of humans that are in the path of the upcoming war, led by its aging king, Thoden (Bernard Hill). Lord Of The Rings – The Return Of The KingThe Fellowship's journey is coming to an end. Sauron's forces have attacked Gondor's capital of Minas Tirith in his final siege against mankind. Watched over by a fading steward, the once great kingdom has never been in more desperate need of its king. But will Aragorn find the strength to become what he was born to be and rise to meet his destiny?Movie DetailsRelease Date: 2005-03-17Genre: Box Sets,Drama,Adventure,FantasyRating: MLength: 999 minutesRegion: 4 (Australia, New Zealand, Oceania, Central and South America, Caribbean, Mexico)Format: PALContents: Box Set containing 12 discsClassification Warning: Supernatural themes, Medium level violence