The Anna Copa Cabanna Show draws inspiration from classic TV Specials such as The Muppet Show, Solid Gold, and The Carol Burnett Show, and infuses the Song and Dance with an honest portrayal of an “undocumented” Greek-Australian living in New York. With ridiculous costumes, heartfelt lyrics, and DIY rock and roll theatricality, her latest edition is no exception.

The latest edition of her show is “Loving The Alien” and was written after the current US administration introduced the Muslim Travel Ban in 2017. It is a night of embracing, celebrating, and loving immigrants to counteract the vitriol, and in true

by Flavorpill, Anna is proud to bring her new edition of The Anna Copa Cabanna Show to the Fringe Festival in her home country of Australia.”10 offbeat Artists keeping the old, weird New York alive” by Paper Magazine. Recently named one of “The Ann Magnuson of our generation” “Doolittle Tour”, and has been called PixiesAnna Copa Cabanna, the Downtown NYC Icon, and official Go Go Dancer of the NYC Rock and Roll Underground Scene was the face and twirling body of The Debaser on the AnnaCopaCabanna style includes “sparkly unisex unitards, games with prizes, punk rock, freaking out, and other forms of miscellaneous unruliness”(VICE)

Tickets can be purchased online at http://bit.ly/AnnaCopaCabannaShowSydneyFringe 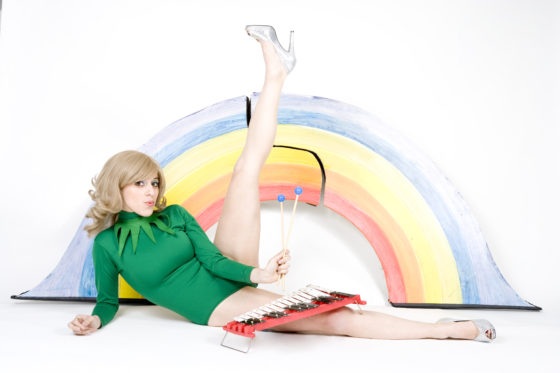