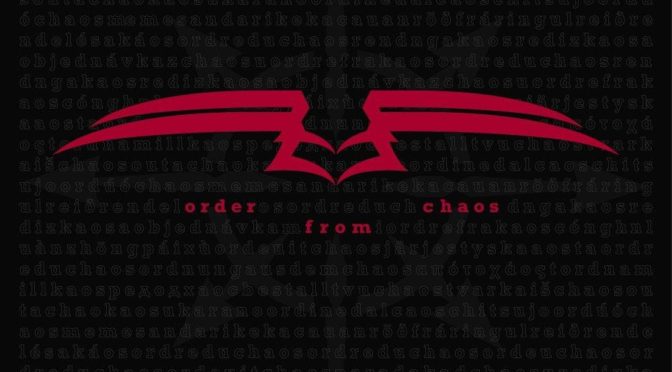 There is an element of groove in the rhythms, and a bit of a progressive feel to the guitars which brings to mind some of the later-era Van Halen, Ritchie Kotzen and the Winery Dogs, Audioslave, and Alterbridge sounds – however you want to classify that!  Modern melodic hard rock characterised by some really impressive vocal harmonies, and quality guitar work that is equally strong live as on the studio recordings.

Slave opens the album with a crunching riff that immediately grabs the attention and is driven along by the big punchy sounding drums, and sees the first of many soaring vocal performances from Anth, and gives us the first hint of some of the influences that underpin the band with the middle-eight having a slightly grungy Audioslave vibe.

The opening bars of Hand Grenade have a retro Van Halen feel, but this morphs into a crunching track with some discordant harmony vocals, a sparser middle section with that Led Zep feel that you get from a guitar / bass / drums unit without trying to multi-track too may guitars.  The first single release, Freak In The Night maintains the rage from the band’s 2017 Control EP (and the video is terrific) and again sees Anth deliver some stunning vocals over his own guitar work – shouldering a heavy workload while Lee Strapp keeps the whole thing together with his sold drum work through the slow, heavy groove – the kit also sounding amazing through the production from Mat Robins.

A darker feel to Bring Back Your Love with some huge, slightly eastern-sounding guitars – think Kashmir covered by The Tea Party in their prime, with a hint of Pearl Jam thrown in to the mix, and a ripper of a solo from Anth that illustrates just what an understated but quality player he is.

Title track Order from Chaos is a cracker, and according to Anth was something of a last-minute addition to the record which starts with a stripped back riff then explodes into a monster of a full-band riff, before the opening verse sees astounding vocals delivered over the backing which builds and builds into something of an epic, featuring a few different takes on the chord progressions – you can only imagine how Anth will deliver this live. Another excellent solo leads into a repeat of the chorus before a tasty bit of guitar work leads the band into the fade-out.

A more straight-ahead rocker, which reminds me of Monster Truck and a couple of newer UK bands like Stone Broken and Those Damn Crows is Contain The Rage, with its’ thundering cracker of a riff, and an almost Halford-like vocal delivery through the chorus.  Lost is another brooding number, hinting at Velvet Revolver in some of the elements, before we get a favourite from the Control EP in My Symphony.   This is a superb track, with the stripped back intro and verse, and the rolling beats under the driving riff of the chorus which hints of some of those classic lilting Irish rockers of Emerald (Thin Lizzy) and We Don’t Need a Reason (Dare).

Collider has the eastern-sound again to the opening bars and through the key riff, which is one of the best on the record, and this is echoed by the tone and pitch of Anth’s vocals, and I love the technical features between the band members in the middle-eight, before that riff kicks back in again……just fantastic.  Back to a slower tempo for The Suffering and some more top-class vocals, showing what a range he has developed.  The band is undoubtedly a guitar-driven beast, but there is some superb drumming in this one too!

The Sleeper is very much in line with what is becoming the Warbirds sound, with a solid main riff, plenty of layered harmonies through the guitar work, quality solos, and a vocal performance that ranges from mean, discordant and moody grunge-rock through to soaring high-end power-metal wails.

Just when you think you have nailed the sound, like I had……along comes Drowning For Hope which provides a different lens through which to listen to the band.  Another one from the earlier EP release in Control fits well onto the album, and certainly aligns with the other tracks and reaches the same high standards.

Always good for a band to finish with an upbeat driving rocker, with a contrast in two guitar styles over a kicking rhythm section from the bonus track Reality Check, and a solo that is delivered over just the best piledriver of a backing, and then gets wired up still more through the chorus that wails over and through the solo.

This album stands up well against a whole host of recent rock album releases from big and small bands from home and overseas – the production is really excellent, and all 14 songs hold themselves up to a consistent high standard of construction and delivery.  Buy it and not only will you be supporting local musicians, you will be getting a cracker of an album!