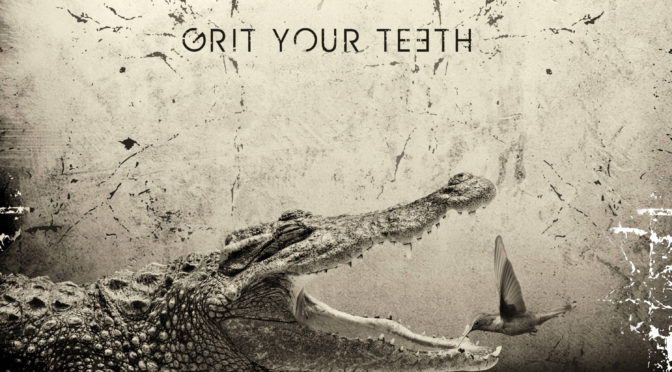 Album Release Date 12th June 2020 (Frontiers)
VEGA have been a favourite of mine for a few years now, having picked up their first album Kiss of Life around 10 years ago, and also having known singer Nick Workman from previous band Kick.  Always melodic, with a touch of modern nu-metal edge that set them a little apart from the crowd, they have released a handful of albums now, and have played with the likes of FM, Magnum, Dan Reed Network and Skid Row, and are due to be out supporting H.E.A.T. on their UK Tour in October which will be a cracking match of hard-edged melodic rock.

Always a band that has wanted to push the envelope of AOR beyond the traditional, for the new album they have worked with Joe and Sam Graves as producers (Asking Alexandria and With One Last Breath) to give them more of a contemporary metal feel to go with the always sensational multi-level melodies that VEGA are so comfortable with, and the record is a collection of songs that focus on their core strengths; strong harmonies, big choruses and a compelling lyrical content.  Previous albums have been produced by John Mitchell (It Bites) and Harry Hess (Harem Scarem) so there is a solid track record behind them

Right from the start the band shows a bit of extra bite, with Blind leading off with a chunky riff and heaps of sleazy attitude and swagger – think Velvet Revolver with extra harmony.  This may be the heaviest track VEGA have come up with, and it is a standout album-opener.  Immediately following this we get the hugely catchy hook-filled single Don’t Need Perfection which chugs along until the pre-chorus piles in, the “yeah, e-yeah e-yeahs” and the ridiculously singalong chorus seals the deal.   Nick Workman’s vocals on the two openers are as clean as ever, with a range that seems wider than ever, but are providing just a hint of sneer and menace that complements the solid guitars behind him.

Title track and first single Grit Your Teeth has that Def Leppard stadium rock vibe to the verse, and a chorus that is pure VEGA, with a middle-eight that nods to the gospel feel of Bon Jovi’s Lay Your Hands On Me.  The extra layer of harmonies in the final chorus are just fantastic and provide a real climax to the track.  Man On A Mission leads in with a distorted guitar and vocal piece that is one of those nu-metal tricks of the likes of Halestorm or Shinedown, before the band piles in with the bouncy groove.

The keyboards of James Martin are the standout in Don’t Fool Yourself Again, with a crushing riff over the synth bass line which gives this some added power and helps drive the track along, and even a bit of a funky guitar in the chorus to add to the bounce-potential live.  There is something very different to Consequence of Having a Heart which is keyboard-driven, and has a chorus right out of old school Tears for Fears or Depeche Mode songbooks, and a driving off-beat from new drummer Martin “Hutch” Hutchison that works really well with the bass and synth lines.  There is a wicked solo from the vastly talented Marcus Thurston although he gets less of a showcase here as Nick ended up singing through part of the solo section!

A great opening to This One’s For You, which is a really solid rock song that puts the band ethos into words – being all in this fight together, and being able to work through issues to end up stronger than before.  The more times I listen to this, the more I think this will be a really powerful live song, with the whole band letting rip through the track.

All rock albums need a slow-burning power ballad, and Battles Ain’t A War is the closest VEGA get, and features no less than 3 guitar solos from Thurston and Michael Kew (who almost lost a finger just prior to recording it!) and an ‘operatic choral’ section which again highlights not only Nick’s amazing range, but the massive importance of the harmony vocals to the band’s overall sound.  Having seen them live I can vouch for the fact that these are also delivered live and not just the product of some studio magic.

A more typical VEGA track in Save Me From Myself addresses the mental health issues that are becoming more prevalent in society, and which will no doubt prove more serious still as we come out of the COVID-19 pandemic situation.  I love the power of the guitars in the background, and the soaring harmonies of the keyboards while Tom Martin drives the song along with the steamhammer bass line.

Maybe the next single just down to the infectious groove and hooks and key-change of the chorus, How We Live is a real feel-good up-tempo pop-rock with some superb guitar work and keyboards that provide the atmosphere.  The band constantly demonstrates their ability to flirt with the pop world despite the chunky guitars and heavier rock feel, and Done With Me is another example of this.  A bit of Leppard, a bit of A-ha or Roxette, and some searing guitars to finish off the album.

Nick is hopeful that the October shows with H.E.A.T. will still go ahead, “Fingers crossed, everything will be back to normal (or as normal as it can be) by then. We’ve toured with H.E.A.T before and always said it would be great to work with them again, and we’ve also got Mason Hill and Collateral opening the show, so it will be a really good melodic rock line-up of newer bands” – all of them with some classic rock pedigree to be sure.
The album is available to pre-order from https://orcd.co/grityourteeth and www.vegaofficial.co.uk