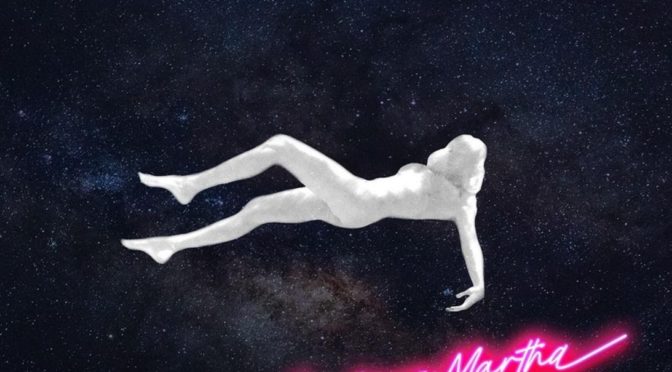 The band has been burning through music venues with crushing live shows since their first EP was released in 2014. Smoking Martha has toured and shared stages with prestigious artists like Sisters Of Mercy, Everclear, Fuel, Uriah Heep, Seether, Cherie Currie, Trapt, Bernie Torme, Wolfmother, Hardcore Superstar, Saxon, Thunder, Saliva, P.O.D, and many more. With regular appearances at Australia’s favourite alternative festivals The Dead of Winter Fest and Mojo Burning, they also claimed their first UK festival with an evening slot at Hard Rock Hell festival UK in 2018.

The album kicks off with the high-octane pop-rock of the first single, Good Girls, with frenetic drums from Jordy Poynter, before Mick Broome rips into the riff.  This is raw, punchy female-fronted rock with a punky edge, and Tasha D just owns the vocal delivery!   The guitar is front and centre for Only Love, with a real punch in the off-beat verse from Jordy and Matty Mulheran on the bass, with the accents slapping you across the face each time.  The chorus is a wonderfully catchy blend of harmonies, before spiralling into a mid-section which is all guitars and frantic vocals, and a final couple of choruses with some really superb drumming driving the pace.

I Tried is one of my favourites, all smouldering vocals and an urgent riff in the background that contrasts so well with the lead vocal line, and they come together into the chorus.  There is an almost industrial feel to this, and some ethereal guitar harmonics that give a little echo of Karnivool or Dead Letter Circus.  Then a change of mood with the swinging beat of Wonderful Happiness that has a really commercial feel, and shows Tasha’s voice and range off brilliantly, from the low key earthy tones of the verse to the soaring, piercing heights in the chorus.  Mick gives us a tasty solo here before a driving riff switches the beat into the back end of the track and the final chorus.  This is clever songwriting and structure as well as being edgy.

The new single is a mature and melodic rock anthem, in Liquid Sunshine, and the band really explores some interesting elements, with a rock-solid backbone from bass and drums, a great riff as the intro that repeats in the chorus which has a real earworm to it, a sparse melody behind the great lead vocal, and a soaring guitar solo, and as the song builds up to the close, we get some terrific interplay between guitars and drum patterns.  Mid-album we get Intermission, a sultry blues work-out with Tasha in full torch-song mode that would give early Gwen Stefani a run for her money.  The band leave this as just bare guitar and a gentle bass line, and let the voice be the hero!  There is more clever stuff in the skiffle rhythms and Spanish guitars of Neon Lights, and another great performance from Tasha in this 2-minute gem.

A more classic rock vibe hits us with the excellent Ghost, but with a great change in mood from the moody darkness of the verses into the chorus with the driving guitar melody always in the background.  An impressive harmony vocal workout mid-song before the band hits double-time for the final verse and then falls into the outro.  It’s A Lie has the same sort of feel, with a cracker of a power-chord riff, dark harmonies in the chorus, and then the band turn up the wick into the solo section, which leads into a subtle variation of the theme before crashing back into a final full-on chorus.

There is a monster of a chorus in the complex dynamics of In The Shadows, with the stripped back sections, lots of vocal effects, multiple guitar-riffs, and so much stuff going on in the background from the whole band.  This really gets accentuated by the quality production from highly-regarded producer/engineer Matt Bartlem and Luke Palmer (Dead Letter Circus) which creates the immense soundscape within which the band, guitars and vocals get to really show their range.

There is initially a true Aussie-rock feel to Wild & Free, with the intricate but heavy guitar riffs, the plodding bassline in the verses, before the slightly off-beam chorus, and then an eruption of a real guitar solo before the chorus, featuring an unexpected but brilliant key change before the end.  The album ends with the title track, a real change of tone and tempo that the band pulls off so well.  Universe is all acoustic guitars, plaintiff vocals, oddball harmonies, but the purest clarity in the vocal from Tasha which plunges from depths to soaring heights, and brings the record to a passionate and intense close.

It would be tempting to try pigeon-hole Smoking Martha as another female-fronted rock band, with comparisons to the likes of No Doubt, Hole, Tonight Alive and Skunk Anansie…..but that list of bands shows the broad expanse of the band’s sound – they can go from sensitive intense ballads through to hard-core industrial rock, through punk, power-pop and classic rock.  They are a great f*cking rock band, and they are from Australia – so celebrate that!

You can catch them live at Wallapalooza in Mudgeereba on the Gold Coast, 20/11/2021 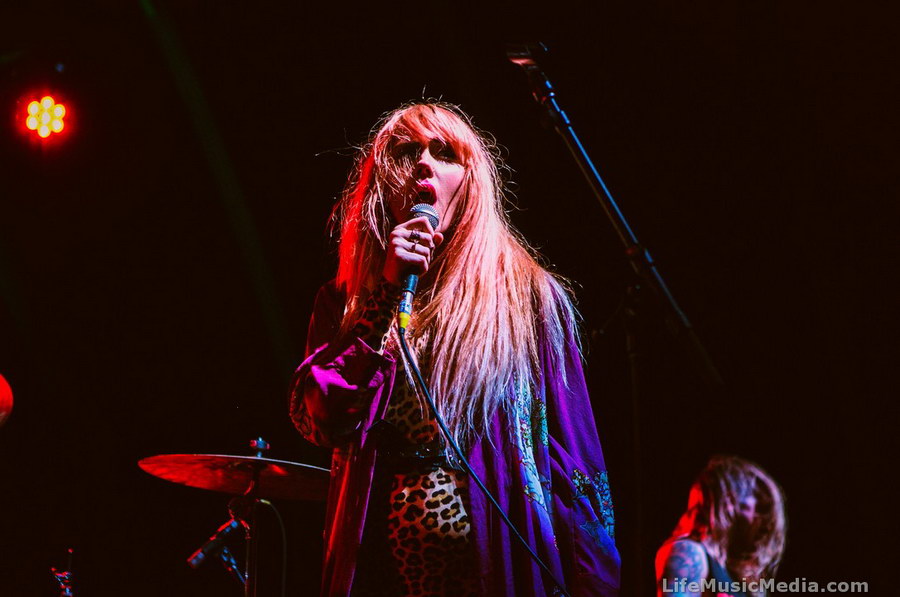