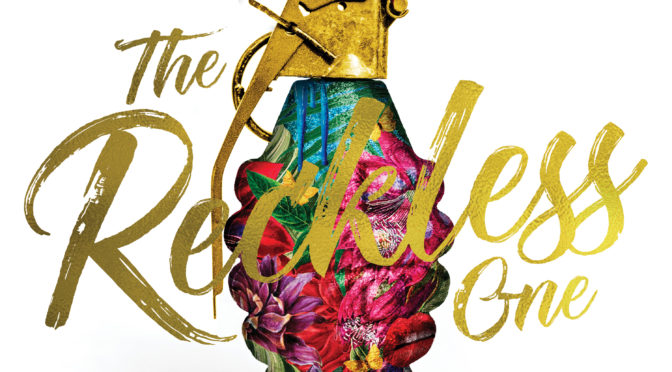 With the worldwide pandemic wrecking utter havoc upon the careers of many musicians, Samantha Martin & Delta Sugar elected to use their time off the road to record, mix and master their latest tour-de-force, the astonishingly powerful, funky and deeply soulful The Reckless One.

The follow up to 2018’s Juno-nominated Run To Me, The Reckless One represents another massive step forward for Toronto-based Samantha Martin as a songwriter, singer, arranger and band leader with eleven of the album’s twelve songs being either co-written, several with fellow Toronto soul-man Curtis Chaffey (Guitars), or solely composed by her, and the album has been produced by Darcy Yates and Renan Yildizdogan (Percussion & Keyboards).

While Martin is a powerhouse unto herself, the vocal alchemy of Delta Sugar is not the work of a single talent. In combination with what she likes to term her “co-vocalists”, Sherie Marshall and Tafari Anthony “the vocal blend that Delta Sugar produces is pure, unadulterated gospel-tinged, neuron-tingling magic where the sum is even richer than the already soul-melting parts”.

The album opens up with the Motown feel to the funky groove of Love Is All Around, and this is where the vocals really start to display the raw honey texture, delivering the melody with an earthy huskiness that contracts well with the clean bright horn section, and there is a tasty middle-eight that sees guitar and keyboards fight out a duel, before the chorus steams back in!

Next up is the infectious and upbeat first single Don’t Have To Be – which is all Blues Brothers crossed with Wilson Pickett and Aretha Franklin, foot-stomping and scintillating, and providing a taste of what is to come from the great big voice that belongs to Samantha Martin.  Some upfront loud retro organ from Jeff Heisholt (think Booker T) and a howling horn section just add to the atmosphere.

The only cover on the record is unrecognisable as Bob Dylan’s Meet Me In The Morning, which has been given a swagger too die for, and the voice absolutely lets rip over the backing from the super-tight band, with a rambling organ solo that leads into the second half of the track, seeing Samantha’s voice reach another level of raucous soulfulness over the rolling beat – earworms galore in this one.  Loving You Is Easy is a power ballad that sees the value of the backing vocals which provide a counterpoint and reinforcement to the lead line Samantha is singing.  A tasty guitar solo from Jimmy Bowskill (from Canadian Blues band The Sheepdogs) which continues to wail behind the repeating chorus through the fade-out.

There is a bit of a gospel vibe to One Heartbreak, with a staccato brass-led riff, almost ska-like, beneath the smooth backing vocals that add the layers beneath Samantha’s heartfelt bluesy vocals, almost crackling with the passion in the delivery.  There is a lot going on in the band, with drummer Dani Nash really holding the beat down while being able to kick out some fills throughout the track.

That gospel feel is mixed with a classic Americana style of Janis Joplin mixed with Tina Turner circa 1967 in I’ve Got A Feeling, and is a soulful ballad which plunges the depths and leaps to great heights as Samantha tells a love-story of being ‘The Reckless One’ in a passionate expression of emotion that may or may not remain unrequited!  A total change of feel hits us with Sacrifice, which has a wall of sound spaghetti-western feel, and those classic Tina Turner comparisons return – showing off another aspect of Samantha’s vocal prowess – Amy Winehouse eat your heart out!

The slow-burning ballad So I’ll Always Know has an element of those classic all-girl groups like the Ronettes, and the backing vocals add so much to the sound, with Dani Nash again powering the beat behind the kit on this one.  Pass Me By is perhaps too much like the Ike & Tina classic River Deep in both tempo and melody, and Will Fisher on the drums this time really kicks the track along, and the horns of Tom Richards and James Rhodes take center stage, even with a feature break instead of a guitar solo!

Back to the classic soul singers of yesteryear in Better To Have Never, which conjures up those greats such as Aretha, Etta James and Nina Simone, and this feel continues into All That I Am, with a lovely little doo-wop backing singers and a sharp guitar chord that punctuates the verse, while the horns lay down a smooth melody over the backing.

The opening to the final track Who Do You is glorious, and it seems that everything just clicks into gear here, with a multi-layered keyboard and brass backing, and the voice just in the perfect range for this late-night calling-out of one of life’s parasites “You don’t give but you take it all” – this may be the clearest showcase of Samantha’s glorious voice on the record. There is an odd little mid-section instrumental piece that almost fits, but then we are back in to the smooth, soulful and sensual tones for the final scene!

This was a tricky one for this blues-rocker to get his head around, but without a doubt this lady has one of the most powerful and soulful voices going around, and the thought of seeing an 11 or 12-piece band ripping it up onstage behind her just gets the juices flowing – and any fan of good music can find something on this album to appeal.

I’ve Got A Feeling – https://youtu.be/6OiROAihjKQ

“Samantha Martin is a force of nature, one of those voices that grabs you by the throat while causing the hairs on the back of your neck to tingle.”  Kerry Doole/Exclaim!

“You might not know it yet, but Samantha Martin is a rock star. She’ll tear your heart out one note at a time.” – Serena Ryder