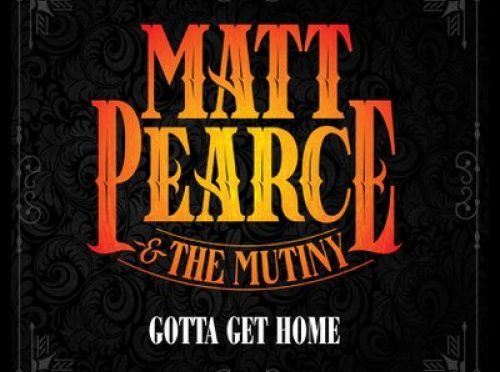 Much more soul-infused blues rock than his other band, this allows Matt to step out and explore some of his other influences – from Prince through to Tom Petty and Fleetwood Mac, and with the guitar playing ranging from gritty Delta Blues through some fine slide guitar, as well as hints of his virtuoso rock lead guitar pedigree – more Ritchie Kotzen than Joe Bonamassa. Matt also handles the lead vocals on the record, and does a pretty good job making the most of a voice which may not be the strongest around, but which shows a fine pitch and wide range, and conveys no little emotion and passion through the vocals, and in harmony with the wonderful Acantha Lang on some impressive backing vocals.

There is a funky electric piano and guitar opening to the record with Scarecrowin’ which takes a simple blues chord progression and adds some real groove to the mix, and Matt’s voice is a perfect fit to the guitars. We get a few tasteful guitar licks here in between the verse/choruses, and a solo with some great harmony guitar breaks thrown in. Ordinary Blues is anything but – 6 ½ minutes of really funky southern blues rock with a catchy riff and tightly accented beat from Voodoo Six drummer Joe Lazarus, and an atmospheric contrast mid-song with some ethereal melodies before the solo really kicks in, and there are some really interesting underlying riffs and rhythms that drive the solo along to the final verse, and then we get a two minute free-form jam that sees guitar and the keyboards of Jon Moody weave some magic in their interplay.

Guitars and Hammond Organ open up Like a Hammer which is again built on a quality blues-rock riff – with hints of Pat Travers that spring to mind – , and sees a slightly plaintiff wail in the voice, and then a cracker of a pre-chorus, and some massive backing vocals filling out the “Like A Hammer” lines. This is another more than 6 minute epic, and ranges off into a new area with some amazing bass lines from Kez Gunes under the guitars, before finding their way back to a tumultuous closing chorus.

The electric piano provides a perfect accompaniment to the higher-pitched voice of Some People, and the effects-heavy guitars that provide the melody – like an upbeat Pink Floyd with the purity of the lead guitar work over the multiple layers of keys and guitars beneath. Back to some funky blues rock with Dig Deeper, before the superb Set Me Free which really gets the hairs on my arms standing on end with the strength of Matt’s voice here, and the catchy melody of the piano and guitars. The song is, like much of the album, more about the impressive guitar work than the other elements, but the band really picks up a notch or two when the accompaniment really clicks with the guitars, and it really comes together here in a way that delivers some real emotion. This is a third 6 ½ minute track in the first half of the album, and again it really delivers, with some wonderfully melodic lead guitar work.

Title track, Gotta Get Home is a wonderful piece of gritty slide guitar blues accompanied by a dirty vocal delivery from Matt, and a real classic seventies pop feel to the chorus, again with the wonderful contrast of the accompanying harmony and backing vocals from Acantha Lang. A true picking Delta Blues feel to Worried showcases yet another string to the Pearce bow of guitar styles, and this is just a delicate and under-stated delight. This is certainly not a traditional Blues record, as it stretches across southern harmony rock, Americana and some very old-school pop-rock, which fans of JD Simo, Robert Jon & The Wreck, Marcus King and Thomas Wynn will all appreciate.

Album closer Who Do You Think You Are is a hook-laden rocker that drives along courtesy of the Bass and Drums, and sees some more excellent piano work while Matt lets rip on voice and guitar, and is a really upbeat and positive closer to the album.