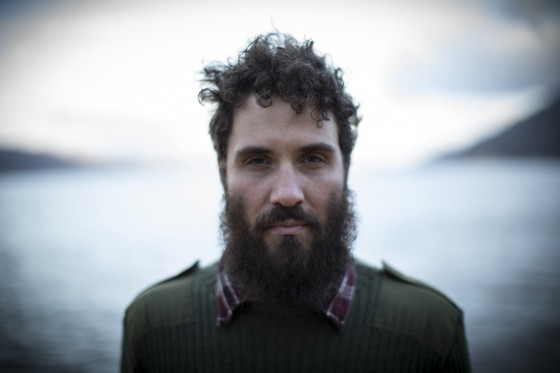 ‘2000 Clicks’ illustrates Crighton’s literary approach to lyricism. The stirring track explores ideas of fate and free will, the ways in which we navigate the everyday chaos of life and evade the challenges it throws at us. These ideas are framed through the song’s narrator, a man in deep reflection as his car lies in a ditch, a storm raging all around him.

“‘2000 Clicks’ is a story from growing up out in the Riverina,” Crighton explains. “Humans seem to suffer from the ‘grass is greener’ syndrome a lot. Sometimes it is, sometime’s not. Whether it’s getting out of your home town headed for Queensland or setting off in a space ship to Mars, running from the mess we make instead of cleaning it up is an approach that always has an element of appeal.”

Accompanying the release of ‘2000 Clicks’ is a music video directed by Crighton, his wife Julieanne and drummer and collaborator Reuben Alexander. The clip is low-fi and gritty, centred around William’s performance. Subtle psychedelic moments reflect the idiosyncratic images and questions the wind brings to the mind sometimes.

Julieanne, who shot the bulk of the clip, adds: “William’s performance is honest and arresting. It’s a bold, reveal-all approach. The narrative is strong, we didn’t need more.”

Crighton’s journey started in the Riverina and has taken him around the world, with extensive time spent in Nashville. Returning to Australia, he settled momentarily on the rugged banks of Burrinjuck Dam, near the South West Slopes region of NSW to record his self-titled debut. It’s a stirring songbook that captures the gritty essence of our vast country.

Crighton is looking forward to hitting the road through July and August in support of the single release. On this occasion alongside another amazing emerging artist Claire Anne Taylor, who he identifies with as being cut from same cloth. They wear their hearts firmly on their sleeve, penning songs that capture the human experience.

Tickets go on sale through the venues and at www.dashville.com.au
From 12p.m Friday 27th May

For more information on William Crighton and Claire Anne Taylor head to
www.williamcrightonmusic.com and www.claireannetaylor.com