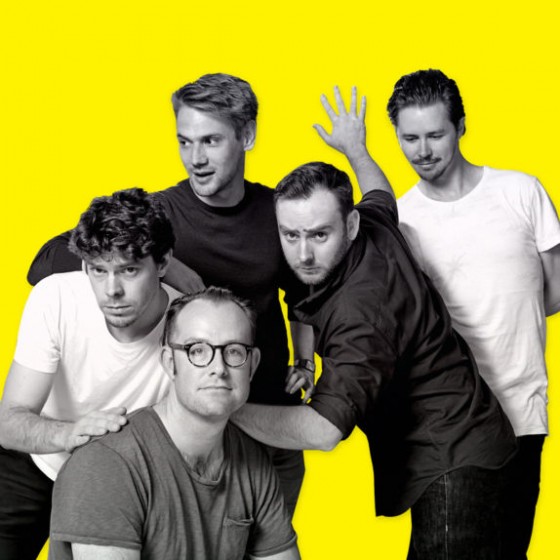 Tonight fans gathered at the Northcote Social Club to witness Dappled Cities return to glory. With a noticeable absence, expectations were set high for the night’s performance. Luckily, with exceptional support acts and a dedicated headliner, the show surely pleased all who attended.

First off were Neighbourhood Youth, who as an opening act set the benchmark pretty high. During their set, the band exhibited a diverse offering with tunes ranging from heavy hitting anthems to quiet numbers you can only sway along to.

The track Sell The Kids though humorous, also displayed a raw element of the band. For those who didn’t arrive early enough to witness these boys, it really was a lost opportunity to experience a talented local band.

Altering the tone of the night, Manor arrived with a cool ambience and hip shaking goodness. Lacing their performance with a string of smooth jams and the support of enchanting vocals.

Each song was a brief tease, lasting long enough to lull you into a dream- like trance then pull you out of it before you were lost completely. Their latest single Repent was a standalone in the set, showcasing a wilder side of the band.

It was time for the long awaited return of Dappled Cities, who have been absent from the stage for a good number of years. With that in mind, the performance was well received as the band played the very best from their past releases.

Both Dave Rennick and Tim Derricourt harmonised well both musically and visually, feeding off one another’s energy until it was unleashed in a craze. Their passion was palatable and this extended to the whole band; the relentless zeal reflected the happiness that the stage brought these gents.

Whether it was churning out the oh so catchy Born At The Right Time or delivering a euphoric extended bridge during Many Roads you could see the exhausted faces of each band members, ultimately satisfied with themselves. And they weren’t the only ones who were visibly drained, as fans from all walks of life, were just as energetic throughout the night.

Showcasing The Sound as well as a few upcoming singles, Dappled Cities are coming back stronger than ever and if this performance serves as any indicator, when they come into town you best make sure you don’t miss them.