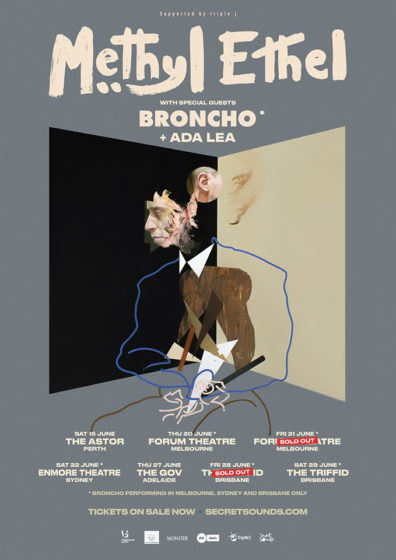 In preparation for their upcoming Australian tour, METHYL ETHEL have announced Oklahoma-based band BRONCHO and Ada Lea as support. Methyl Ethel’s Triage Album tour will host the band for 5 shows around the country to celebrate the success of their latest release and introduce BRONCHO to Australian audiences live for the first time.

BRONCHO have extensively toured the U.S. and Europe over the past few years, including arena shows with the likes of Queens of the Stone Age and Cage The Elephant most recently headlining a North American tour last October and November.

This tour kicks off shortly and is selling out fast so be sure to grab tickets to catch BRONCHO’s first time Down Under!