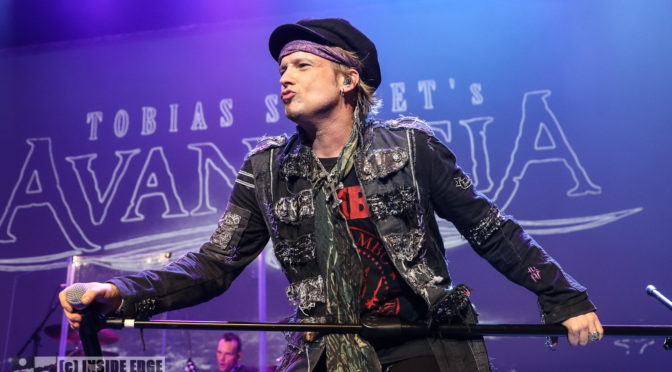 THE METRO, Sydney – Sunday 12th May
THE FORUM, Melbourne – Tuesday 14th May

In 1999 Tobias Sammet started his side project AVANTASIA. What was originally planned as a one-off studio affair, was revived in 2007. The album “The Scarecrow” was released in 2008 and was officially amongst the 20 best selling albums all over Europe upon its release, it entered the charts in 15 countries (Germany #8), featured the Top 10 hit single “Lost In Space” and producer / lead guitarist Sascha Paeth received an award for “The Scarecrow” having been chosen “Best Rock Production 2008” by the Association of German Sound Engineers (VDT).

On the album Tobias had been working with fellow musicians like Jorn Lande, Eric Singer (KISS), Rudolf Schenker (SCORPIONS), Bob Catley (MAGNUM), Kai Hansen and Michael Kiske both ex-HELLOWEEN), Alice Cooper and many more. The unexpected success of the album resulted in a Festival-tour, climaxing with a headlining show at the prestigious Wacken Open Air in front of more than 85.000 people. When the tour was over AVANTASIA had played in Europe, Asia and South America in front of more than half a million people. Tobias later recalled: “Allstar albums are being recorded quite often, but I don’t think the Heavy Metal circus has seen a giant allstar show like that travelling around the world.”

New album MOONGLOW was released in February and includes a bunch of the long-term collaborators in Jorn Lande and Bob Catley, as well as Geoff Tate (QUEENSRYCHE), Eric Martin (MR BIG) and Ronnie Atkins (PRETTY MAIDS), and the team at Overdrive Touring thought it would be pretty cool to get the whole crew to Australia as part of the World Tour – so we had a band of 5, 2 backing singers, 5 guest vocalists and Tobias Sammet as the ringmaster, choreographing the 3 hours 15 mins of the show from start to finish! Great dual guitar work from Sascha Paeth and Oliver Hartmann (AT VANCE), keyboards from Miro, Andre Neygenfind on bass and the ridiculous Felix Bohnke (EDGUY) on the drums, with the wonderful Adrienne Cowan and the impressive Herbie Langhans (SINBREED) on backing vocals, with a cameo or two from each of them through the show.