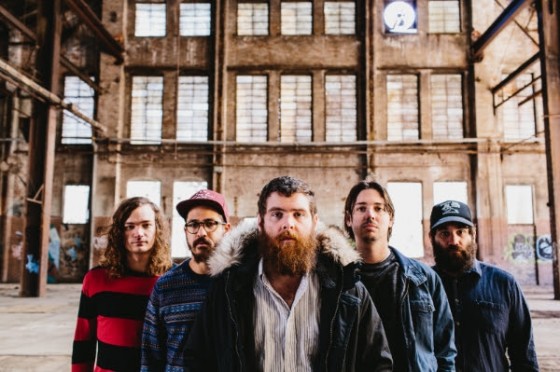 Atlanta rockers Manchester Orchestra have announced their return to Australia with a run of East Coast dates.

The band will be touring in support of their fourth full-length album, Cope Out Now via Caroline Australia.

Cope was self-produced alongside their long-time collaborating partner Dan Hannon, and mixed by John Agnello (Dinosaur, Jr., Kurt Vile, The Thermals, Sonic Youth) at Fluxivity Studios in Brooklyn. They recorded the entire record in the home studio they built themselves after six months spent gutting and refurbishing the old house they used to live in together. Cope is the follow up to 2011’s critically acclaimed Simple Math.

“Cope, to me, means getting by. It means letting go, and being OK with being OK,” the band’s frontman, Andy Hull, said in a press release. “You can cope in a positive way when bad things happen, or a negative way, and that blend was a big lyrical theme for me on this album.”

“We wanted to make the kind of album that’s missing at this time in rock: something that’s just brutal and pounding you over the head every track,” Hull added in regards to Cope. “Whereas [2011 album] Simple Math was a different palate with each song, a different color, I wanted this to be black and red the whole time.”

The passion and intensity found within the band’s catalogue translates into a live show not to be missed.