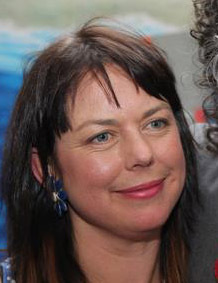 Melbourne community radio station 3RRR 102.7FM has announced that after 29 years as a volunteer broadcaster, Karen Leng is leaving her program Kinky Afro in order to pursue other creative endeavours with ABC radio. Karen has made an amazing contribution to 3RRR and is very highly regarded by the station’s volunteers, staff and subscribers.

Since beginning with Triple R in 1985 Karen has presented many celebrated music programs including Station to Station, Hotwire and since 2001, Kinky Afro.
END_OF_DOCUMENT_TOKEN_TO_BE_REPLACED