Celebrated actor and director turned musician Tim Robbins, touring Australia on the back of his debut CD with the Rogues Gallery Band, brought a mixture of blues, country and a dash of sing-a-long to the Jambalaya tent on Saturday. Robbins, on guitar and vocals, seemed to be thoroughly enjoying himself, rumbling through Folsom Prison Blues before festival superstar and all-round maestro Trombone Shorty joined the Rogues for “Oh Mary Don’t You Weep”. A change of tempo and “Crush On You”, inspired by the young victim of a hate crime, demonstrated a simple approach, buoyed by beautiful instrumentation, as was a gorgeous, measured cover of Tom Waits’ “All The World Is Green”. Featuring the sweet wail and wallow of a musical saw over vocal harmonies, it was easily the high point of their set.
END_OF_DOCUMENT_TOKEN_TO_BE_REPLACED 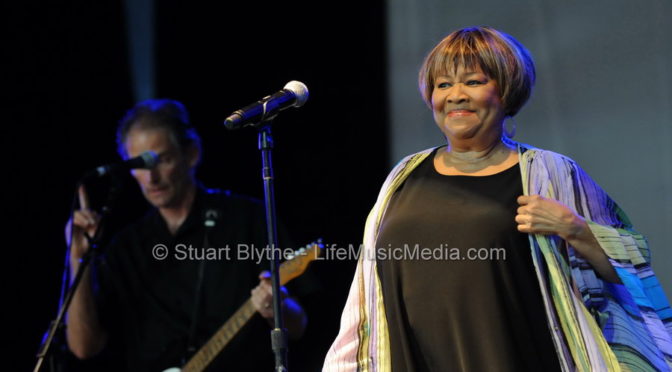 Tickets are on sale for Bluesfest, the 2010 Australian Event of the Year, and are selling very fast. The festival dates next year over Easter are from Thursday April 21 through to Monday April 25, 2011.
END_OF_DOCUMENT_TOKEN_TO_BE_REPLACED