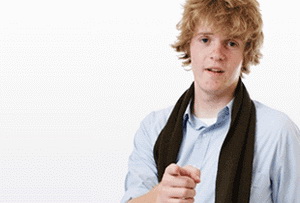 TB: Yeah, I’ve got to figure out that balance. It’s been an intense couple of weeks so far. This week, I had a gig on Monday night which threw me off schedule so I’ve been trying to catch up on sleep. Hopefully I can figure out the napping thing so I can work both ends of the day.
END_OF_DOCUMENT_TOKEN_TO_BE_REPLACED

Hold onto your hats!

Brisbane Powerhouse doubles the excitement and anticipation around the inaugural Brisbane Comedy Festival (6 – 29 March) with two comic heavyweights joining the line up.

Adam Hills and Dave Hughes join other headliners Tim Minchin and Danny Bhoy to add more laughs to the festival.

Adam Hills, the host of Spicks and Specks (ABC TV) is back; live on stage with an all-new hour-and-a-bit of world-class stand-up comedy titled Inflatable.