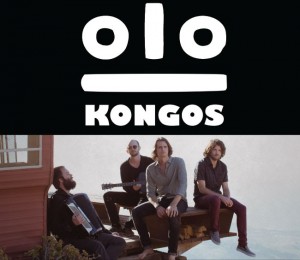 KONGOS are pleased to announce their first Australian dates with very special guests KINGSWOOD. The four sons of South African singer John Kongos (whose song ‘He’s Gonna Step On You Again’ was the basis for The Happy Mondays’ ‘Step On’) have been making waves of their own as a family band, scaling the US charts with their million-selling single ‘Come With Me Now’.

This US smash-hit single spent five consecutive weeks at no.1 on the Billboard Alternative Chart in America, beating Lorde’s ‘Royals’ in the process to become the fastest-ever ascent to Number One by a debut artist in US chart history.
END_OF_DOCUMENT_TOKEN_TO_BE_REPLACED