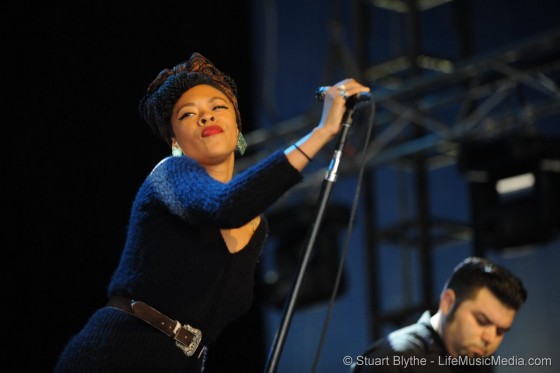 One of the great things about Bluesfest is that the musicians who travel a long way from around the globe to get here have a brilliant time and enjoy the opportunity to see acts they have never seen, and to meet and collaborate with artists that inspire them. Backstage they are treated to unique Byron/Bluesfest hospitality and have a chance to learn about Australia’s Indigenous peoples through magnificent artworks placed throughout the greenroom. Being such a friendly festival it is not unusual to see guest artists out in the crowd enjoying the atmosphere.
END_OF_DOCUMENT_TOKEN_TO_BE_REPLACED

The 28th Annual Bluesfest to be held over the Easter long weekend in Byron Bay, Thursday 13th to Monday 17th April 2017, is officially ringing in its new season with the first release of awe-inspiring artists. The first artist announcement features Bluesfest debuts from iconic artists that have been many years in the making, Bluesfest exclusive performances, and the return of some of the festivals most requested artists.
END_OF_DOCUMENT_TOKEN_TO_BE_REPLACED

Announcement #3 features a strong dose of Blues and Roots and so much more, with an exceptional blend of genres and a selection of artists from around the globe. Artists already announced for the Easter Extravaganza include the first major global performance of the Ben Harper & The Innocent Criminals reunion, The Black Keys, Zac Brown Band, Alabama Shakes, Paolo Nutini, David Gray and Ben Howard just to name a few.
END_OF_DOCUMENT_TOKEN_TO_BE_REPLACED