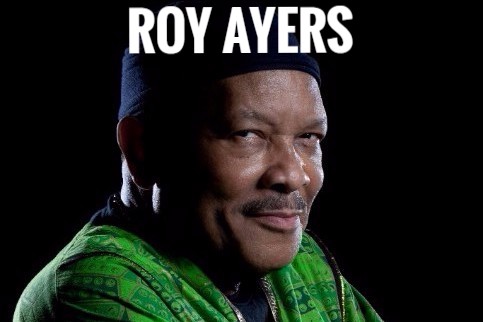 Vibraphonist and vocalist Roy Ayers is known as the Godfather of Neo-Soul and is among the most respected Jazz and R&B artists on the scene today.

Ayers was born in Los Angeles, California on September 10, 1940. Music has always been in his genes; his mother Ruby, was a schoolteacher and local piano instructor and his father, Roy Sr. was a sometimes-parking attendant and trombonist. As it often happens in a household filled with love and appreciation for music, Roy began to demonstrate his musical aptitude by the tender age of five. By then he was playing boogie tunes on the piano. He eventually turned his attention to the guitar and other instruments, including the trumpet, and drums before embracing instrument of choice, the vibraphone.in the 1960’s.

Roy was an award-winning Jazz vibraphonist but soon transferred into a popular R&B band leader in the 1970’s and 80’s. Today, the dynamic music man is an iconic figure still in great demand. His career has been diverse and impressive, he created an iconic soundtrack for the 1973 Blaxploitation film Coffy, performed on Whitney Houston’s 1988 hit song ‘Love Will Save the Day’ and is one of the most sampled artists in R&B and Hip Hop, featuring on hits by Common, Mary J. Blige, Dr Dre and D’Angelo to name a few.

Don’t miss this true giant of Acid Jazz as he visits Melbourne and Sydney before Bluesfest in Byron Bay this April.