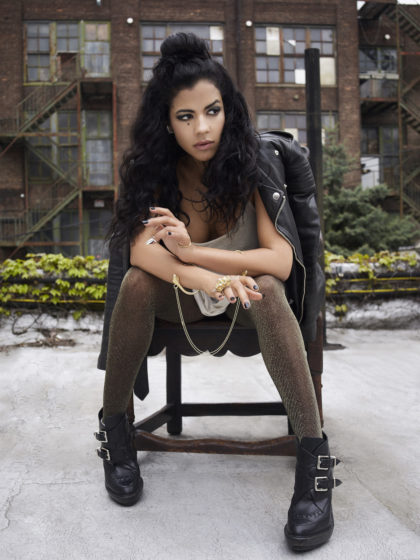 As a singer/songwriter and women’s rights activist, Roxiny is laying the groundwork for a new kind of counterculture femme – embracing her power and NYC-bred Dominican heritage. Roxiny is an artist who is unapologetically herself, utilizing the full breadth of her vocal range, accented by riotous guitars and heady, inspired lyrics to drive home her message of defiance.

“This is my song for Goliath. It’s about falling for The One, and everything that comes with it,” says Roxiny. “I wrote it in Los Angeles after a few heavier ones. Goliath is my little reminder of how massive love can be.”